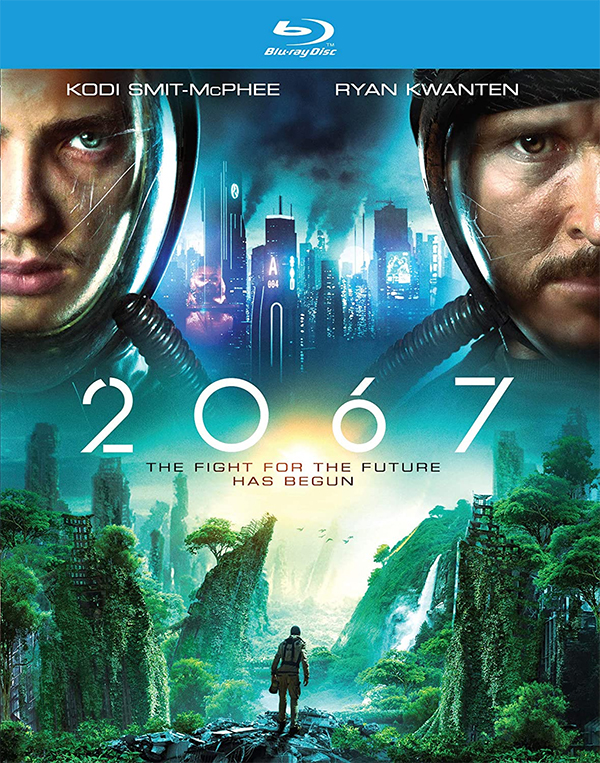 For a low-budget sci-fi film, Seth Larney’s 2067 is quite impressive from a visual standpoint. It does help that that the writer/director comes from a visual effects background. Unfortunately, there isn’t much else here that stands out. Set in the year 2067 (obviously), civilization has collapsed, and Earth is running dangerously low on resources to sustain life. However, hope is found when a prototype time machine is sent back a message from the future asking to send Ethan Whyte (Kodi Smit-McPhee). Ethan is the son of the man who designed the time Machine and for some mysterious reason, whoever is 400 years in the future, wants only him to time travel.

2067 has an interesting set-up but not only does it take painfully long to get things going, but the deeper we get into the story, the more convoluted things get. This is a common problem in stories based around time travel, but sometimes the right performances or clever writing can make the most nonsensical things at least interesting. That isn’t the case here. One of the few things that held some interest for me were the visual aspects of the film. Smit-Mc-Phee is a good actor but his character is just not an interesting one. To make things worse, the twists involving Ethan’s best friend Jude (Ryan Kwanten) can be seen coming from early on.

Now, 2067 isn’t terrible, although it is pretty bad.  I did stay mildly engaged, probably because I just love stories about time travel. At times, I was reminded a little of 12 Monkeys (the TV series version), which I liked and maybe 2067 is something that could have worked better as a series. There are too many complex components that Larney tried to include which might have made more sense if there was enough time spent on them. As it stands, 2067 is just mish-mash of better sci-fi films that came before.