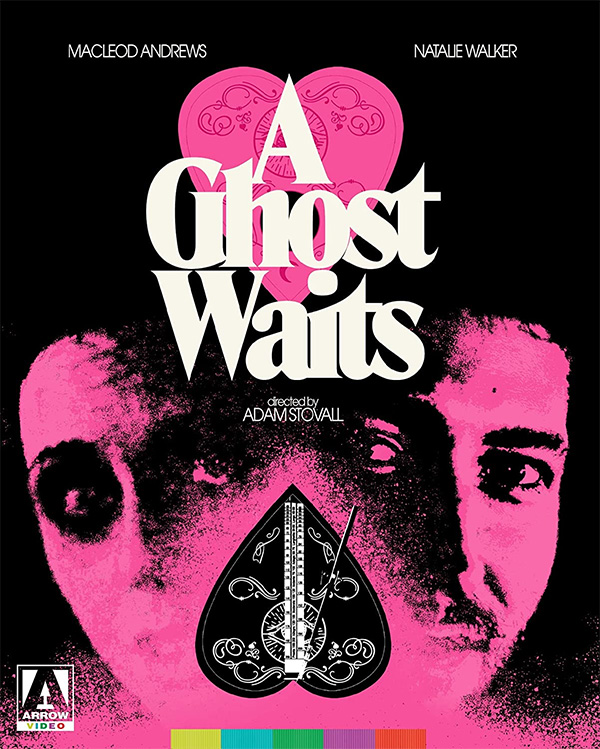 Now available on Blu-ray is last year’s A Ghost Waits, which is more of a love story than actual horror. This film took me by surprise when I first caught it. Instead of scares, Adam Stovall delivers an emotional and often sweet, haunted house story, which is something I can’t say I see too often.

Jack (MacLeod Andrews) is just your average handyman. Most of the time, he inspects houses for a property management company. The latest property Jack as been assigned to deal with has a strange problem. People seem to move out soon after they move in, with no explanation given. Jack moves into the house in-order-to try and grasp a better understanding of what is scaring people off. It doesn’t take too long for him to figure it out. There is a ghost named Muriel (Natalie Walker) residing in the home and it is her job to scare people her way. When I say job, I mean it. She is employed to haunt houses.

What happens is that Jack and Muriel develop a friendship that turns into something much deeper. This is where A Ghost Waits shines. The relationship between the mortal and ghost is something truly, beautiful and takes the characters in directions that I did not see coming. Andrews and Walker are great together, but it is Stovall and his co-writers that really deliver a unique story that has a little something for everyone. Having been shot in black and white ads to the feel of the film as well.

I highly recommend A Ghost Waits, which feels like a cross between Beetlejuice and Clerks. The Blu-ray from Arrow comes with a ton of bonus materials as well.