Eddie Murphy’s film career kicked off nearly 40 years ago with the break-out hit, 48 Hours. This is the film that kicked off the buddy-cop action-comedy sub-gene. 8 years later, Murphy, co-star Nick Nolte and director Walter Hill returned to the well with the sub-par sequel, Another 48 Hours. Both films arrive this week on newly remastered Blu-rays under the Paramount Presents banner. 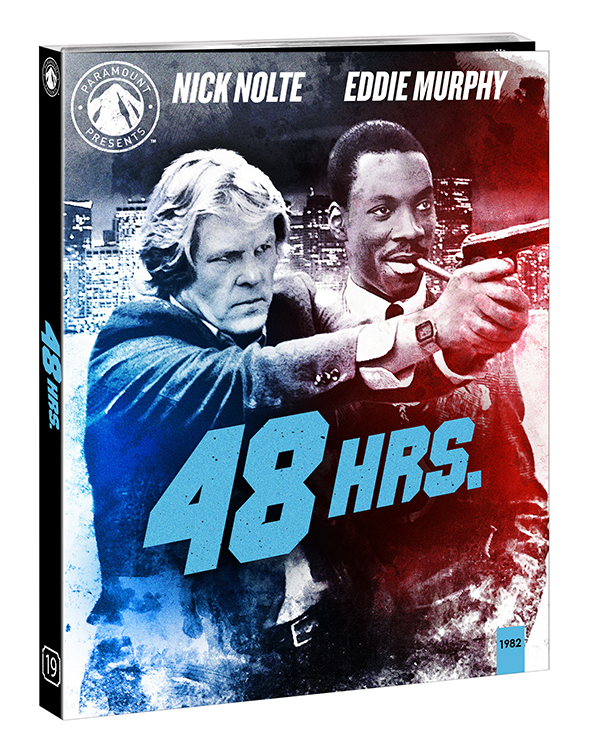 In the original 1982 film, loose cannon detective Jack Cates (Nolte) is on the hunt for a dangerous criminal named Albert Ganz (James Remar), who just broke out of prison. Cates’ only lead is the loud-mouthed convict, Reggie Hammond (Murphy) who has $500 thousand hidden somewhere and Ganz wants it. The only way Reggie is willing to help Jack, is if he gets him out of jail to do so. With only a 48-hour timeline before Reggie must return to prison, the two are up against the clock to capture Ganz who has already killed a couple of cops, along with others.

48 Hours worked so well for two reasons. First-of-all is the chemistry between Murphy and Nolte. However, Murphy steels the show here. The second reason it succeeded is because Hill kept the film dark and gritty, which allowed Murphy’s humor to really shine that much more.

This new remaster comes from a 4K transfer, and it looks quite good, a noticeable improvement over the previous Blu-ray release. The streets of early 80’s San Francisco pop, especially when looking at the lights of all those theater marquees in the city. The Dolby TrueHD 5.1 sound compliments the new presentation, which makes it a must-own for fans of this classic. 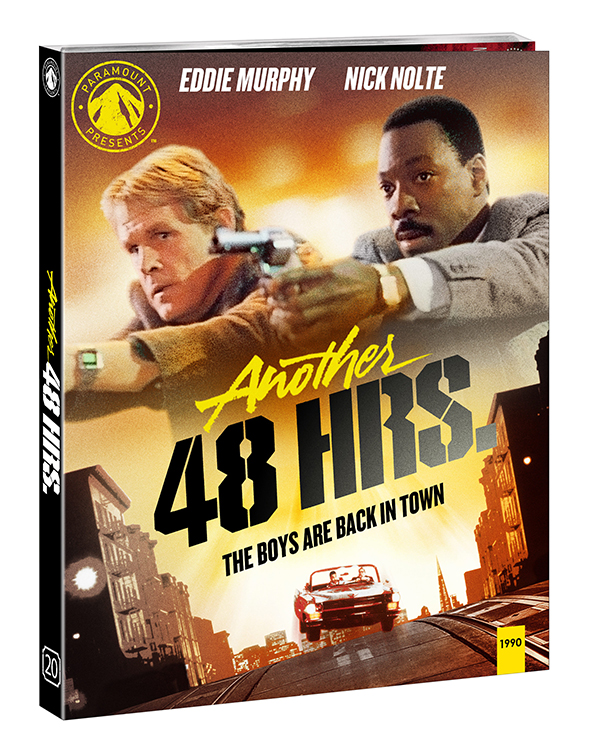 In 1990 Eddie Murphy and Nick Nolte reprised their roles as Reggie Hammond and Jack Cates for Another 48 Hours, a sequel as unoriginal as its’ title. Walter Hill and the cast were able to deliver the same tone and vibe of the first film, but the magic was gone. After watching 48 Hours and Another 48 Hours back-to-back, I noticed some big differences in the lead performances. Murphy seemed to be effortlessly funny in the first film, while he seemed to be forcing things in the sequel. Nolte comes off a bit more relaxed here, which most likely has to do with his character having a bit more trust in Reggie than in the first film.

While neither movie has what I consider a great story, the first one flowed nicely, while the narrative is all over the place in Another 48 Hours. It is well known that the sequel was originally 145 minutes, but in the weeks leading up to its’ release the runtime was cut down to 120 minutes and then cut again to 95 minutes. That explains why it feels so choppy and poorly edited.

What little story is actually, here centers on Cates needing Reggie once again. This time to help clear his name, since the detective is now in trouble with the law. Cates wants to take down a mysterious drug kingpin known as the Iceman. The problem is that not a single cop on the force believes the Iceman exists. Reggie knows he exists because the $500 thousand he stole from the first film belonged to the Iceman.

To make this story even more packed with useless characters, the brother of the first film’s villain has been hired by the Iceman to take out Reggie, but he has no problem taking out Jack too since he killed his brother. As ridiculous as everything is here, the eye-rolling reveal of the Iceman takes the cake. Maybe in the original 140-minute cut, it would have made more sense. Still, Another 48 Hours isn’t unwatchable. There is still plenty of energy and action. It is by far a lesser film than the first but there is still some pleasure seeing Murphy and Nolte play off each other.

Just like with the 48 Hours Blu-ray, this one is remastered from a 4K film transfer and comes with Dolby TrueHD 5.1 audio. The transfer is just as impressive here, though Another 48 Hours may look just a bit better. Is this release worth picking up? That depends if you are a fan. If you love the sequel, then this is by far the best looking disk around.