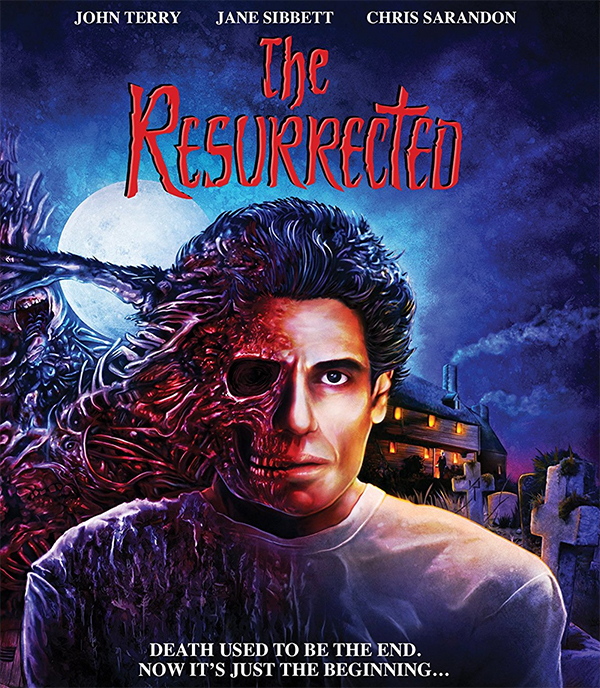 Dan O’Bannon has only directed two feature films in a career that has spanned nearly five decades.  Although his biggest contribution to cinema would be his screenplay work for “Alien”, he will always be remembered by horror fans for his directorial debut, “Return of the Living Dead”.  O’Bannon’s sophomore film, 1991’s “The Resurrected” is arriving on Blu-ray this week in a wonderful new 2K transfer. Although Scream Factory hasn’t labeled this release as a Collector’s Edition, it might as well be.  There is enough great bonus content here to justify it.

“The Resurrected” is not as memorable as “Return of the Living Dead”, but it is still a great deal of fun for any horror fan.  I have always considered Chris Sanderson’s performance here as the next best thing he’s done since “Fright Night”.   If you are a fan of this one, you should go ahead and add it to your collection.