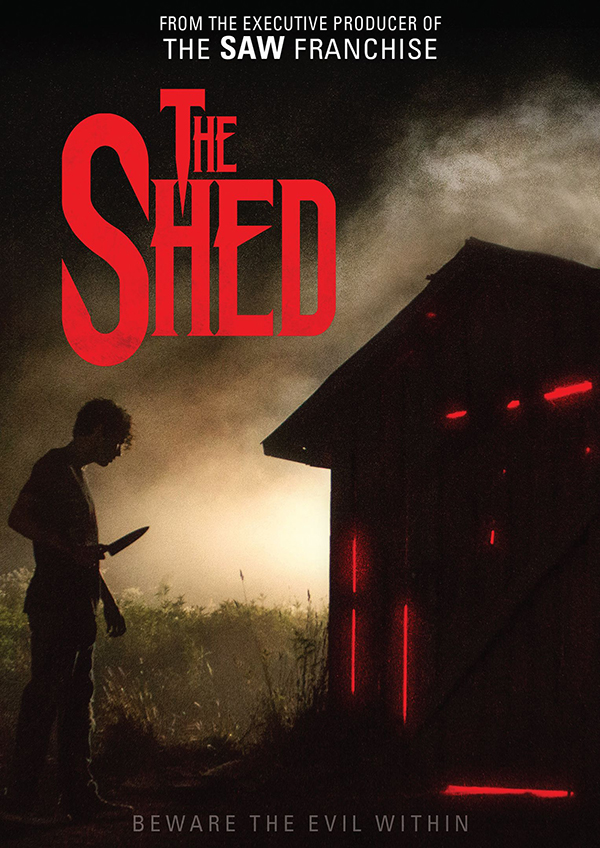 Ten years after his directorial debut “Blood Night: The Legend of Mary Hatchet”, writer/director Frank Sabatella returns with his sophomore feature, “The Shed”.  This 80’s inspired vampire tale is an odd mix of “Fright Night” and the 2001 crime-drama, “Bully”. An odd mix to-be-sure, but one that works quite well due to the writing and performances. This is a horror film with a social commentary on bullying and revenge.

Stan (Jay Jay Warren) has had a rougher life than your average teenager. His parents have passed away and he is now looked after by his mean, drunk, grandfather (Timothy Bottoms).  Stan is also on the verge of turning 18, which means if he gets in trouble again, he won’t be returning to juvenile hall. Stan’s best friend Dommer (Cody Kostro) isn’t having a great time either. He is constantly bullied by Marble (Chris Petrovski) and his crew.

Life gets a whole lot more complicated when a vampire (Frank Whaley) gets itself trapped in Stan’s backyard shed. After the monster kills Ellis and the dog, Stan decides to nail and chain the door shut so the bloodsucker can’t escape, but it doesn’t take long for people to start coming by the house and get drawn to the shed.  When Dommer learns about the vampire, his automatic reaction is to use it as a weapon against those who torment them. Stan is not for that, but things go horribly wrong anyways.

I had a few questions that went through my mind while watching “The Shed”. Like, if the vampire was strong enough to punch a hole through the wooden door to grab his victim, why couldn’t he punch through any other part of the wooden shed and escape during the night? Aside from that, I enjoyed this one quite a bit. Warren and Kostro were both quite good, same goes for Sofia Happonen who plays Stan’s crush, Roxy. There is plenty of blood and killing and the film moves along at a nice pace. If you like vampire stories, this is one you might want to check out.