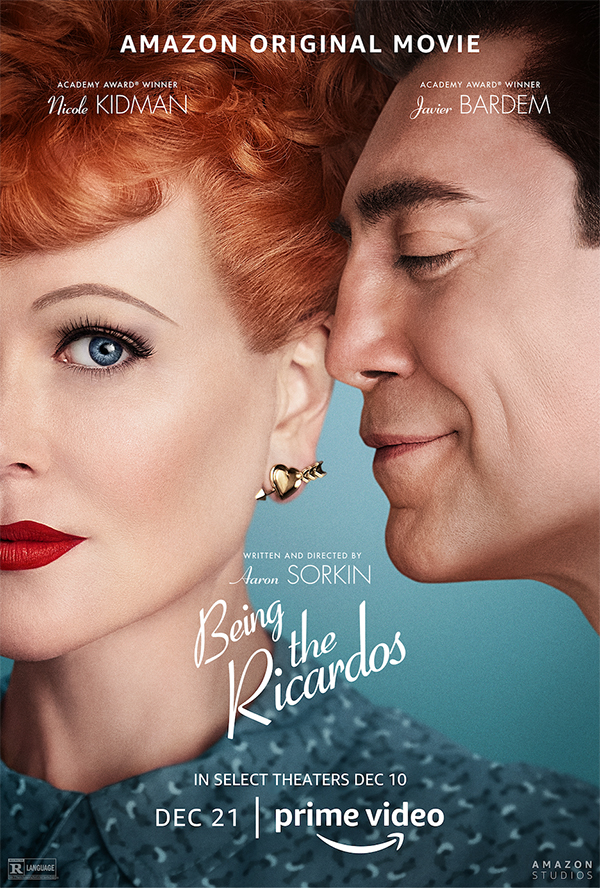 You can score admit-two passes to see an advance screening of BEING THE RICARDOS on Monday, December 6th @ The Landmark at Merrick Park in Coral Gables (7:30pm).

Lucille Ball (Nicole Kidman) and Desi Arnaz (Javier Bardem) are threatened by shocking personal accusations, a political smear and cultural taboos in Academy Award®-winning writer and director Aaron Sorkin’s behind-the-scenes drama Being the Ricardos. A revealing glimpse of the couple’s complex romantic and professional relationship, the film takes audiences into the writers’ room, onto the sound stage and behind closed doors with Ball and Arnaz during one critical production week of their groundbreaking sitcom “I Love Lucy.”

Now, let’s get to the part on how you win passes to see an advance screening of BEING THE RICARDOS. The first group of people to head over to the following link will score passes to the screenings. Hurry up and grab yours before they are all gone amazonscreenings.com/QrHqf36098