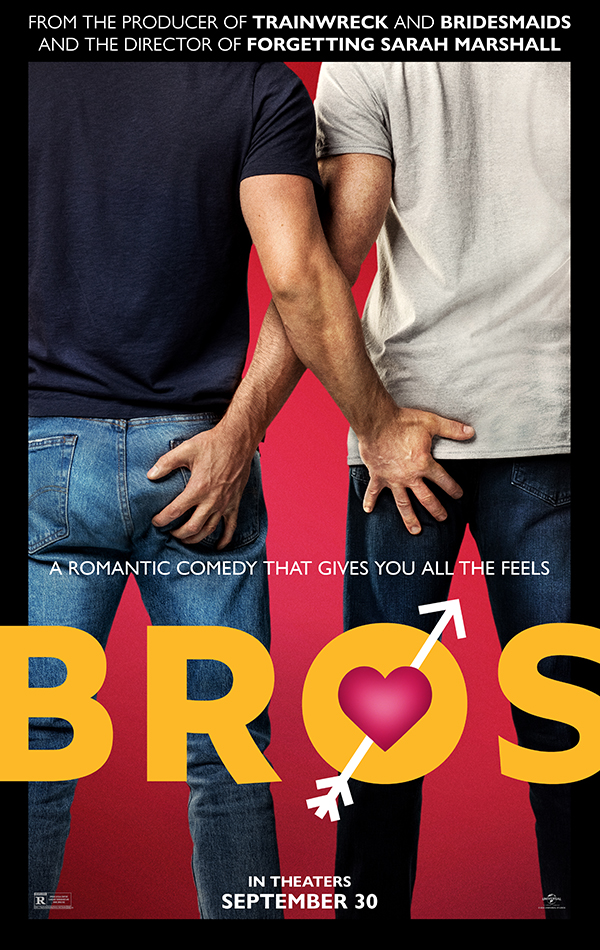 You can score admit-two passes to see an advance screening of BROS on Tuesday, September 27th @ AMC Aventura 24 in Miami (7:00PM).

From the ferocious comic mind of Billy Eichner (Billy on the Street, 2019’s The Lion King, Difficult People, Impeachment: American Crime Story) and the hitmaking brilliance of filmmakers Nicholas Stoller (the Neighbors films, Forgetting Sarah Marshall) and Judd Apatow (The King of Staten Island, Trainwreck, The Big Sick), comes Bros, a smart, swoony and heartfelt comedy about finding sex, love and romance amidst the madness.

Now, let’s get to the part on how you win passes to see an advance screening of BROS. Email your full name to info@thefilmjunkies.com and include BROS GIVEAWAY in the subject line.

Rated R for strong sexual content, language throughout and some drug use.