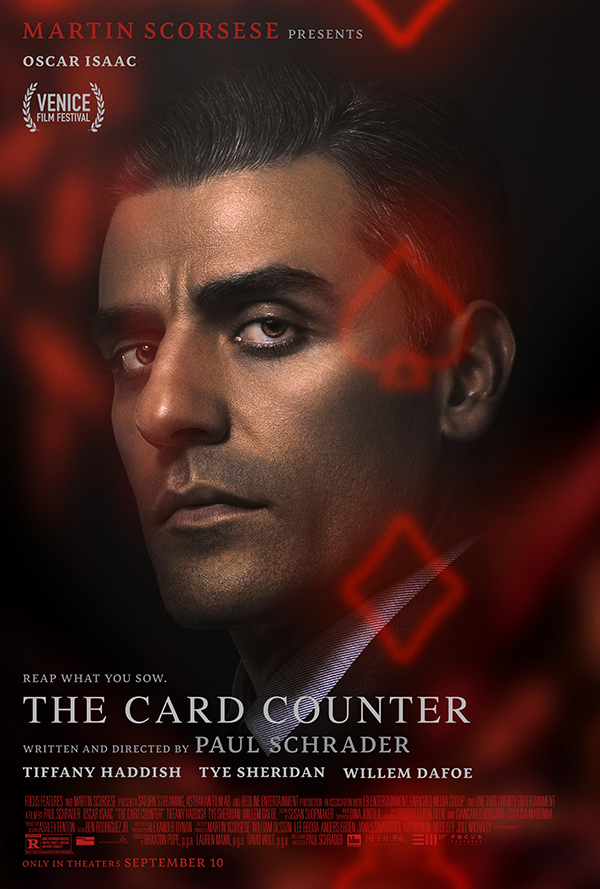 You can score admit-two passes to see an advance screening of THE CARD COUNTER on Wednesday, September 8th @ AMC Sunset Place 24 in South Miami (7:30pm).

Redemption is the long game in Paul Schrader’s The Card Counter. Told with Schrader’s trademark cinematic intensity, the revenge thriller tells the story of an ex-military interrogator turned gambler haunted by the ghosts of his past decisions, and features riveting performances from stars Oscar Isaac, Tiffany Haddish, Tye Sheridan and Willem Dafoe.

Now, let’s get to the part on how you win passes to see an advance screening of THE CARD COUNTER. The first group of people to head over to the following link will score passes to the screenings. Hurry up and grab yours before they are all gone. focusfeaturesscreenings.com/TCCTFJMIA

THE CARD COUNTER in theaters on September 10