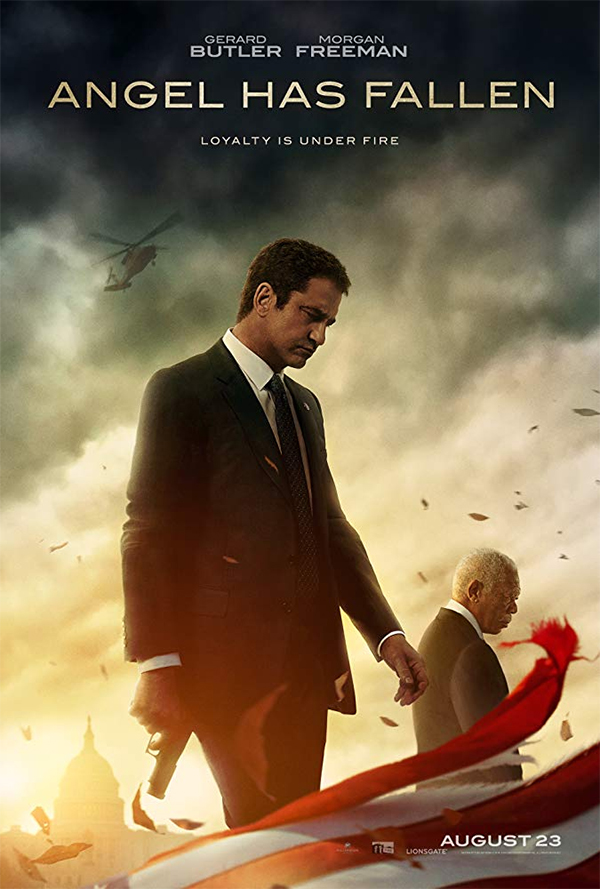 Agent Mike Banning (Gerard Bulter) is back once again in the third installment of the “Fallen” franchise, “Angel Has Fallen”.  The “Angel” in the title refers to Banning himself, the guardian angel who has put his life on the line for a few presidents. This time around, Banning has been framed for an assassination attempt on President Trumbull (Morgan Freeman) and with the President now in a coma, he must fight his way to the truth.

“Angel Has Fallen” is surprisingly the best of the three films. Because more focus is put on smaller action sequences and characters, the truly awful CGI effects that have plagued this series are much less frequent. That doesn’t mean they are gone completely. The bigger sequences look just as terrible as the rest. Just wait until you see the rooftop climax.

Where “Angel Has Fallen” lacks in convincing action, it makes up for in a compelling supporting cast, most notably Nick Nolte as Mike’s estranged father, Clay.  The interactions between Mike and his dad are easily some of the best moments. I absolutely loved Clay’s explosive home security system. It brought some much-needed levity while still taking out tons of bad guys.  Nolte is also given some of the best lines.

The cast also includes Tim Blake Nelson as the vice president, Lance Reddick as one of Mike’s fellow agents, Jada Pinkett Smith as an F.B.I. Agent on Mike’s trail and Danny Huston as one of Mike’s former military buddies. There is absolutely no shortage of talent on screen, too bad the material isn’t much better than your average direct-to-streaming fare.  Still, if you are looking for a low-grade shoot-em-up, you can do a lot worse than “Angel Has Fallen”.