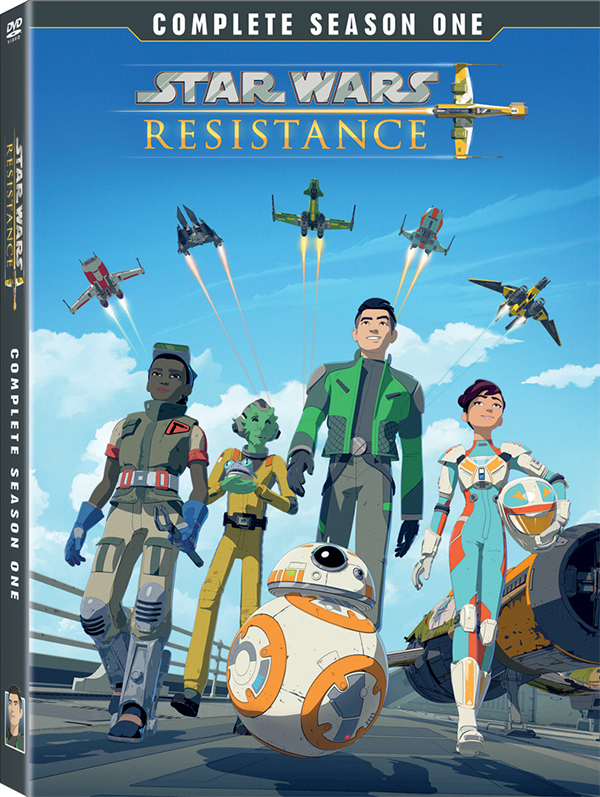 Available now on DVD is season one of the animated series, “Star Wars: Resistance”.  The events in “Resistance” are set prior to “The Force Awakens” and features the return of Oscar Isacc and Gwendoline Christie (voicing Poe Dameron and Captain Phasma respectively).

Path of Resistance – Join supervising director Justin Ridge and the cast of “Star Wars Resistance” for a special look at the past, present and future of the show.