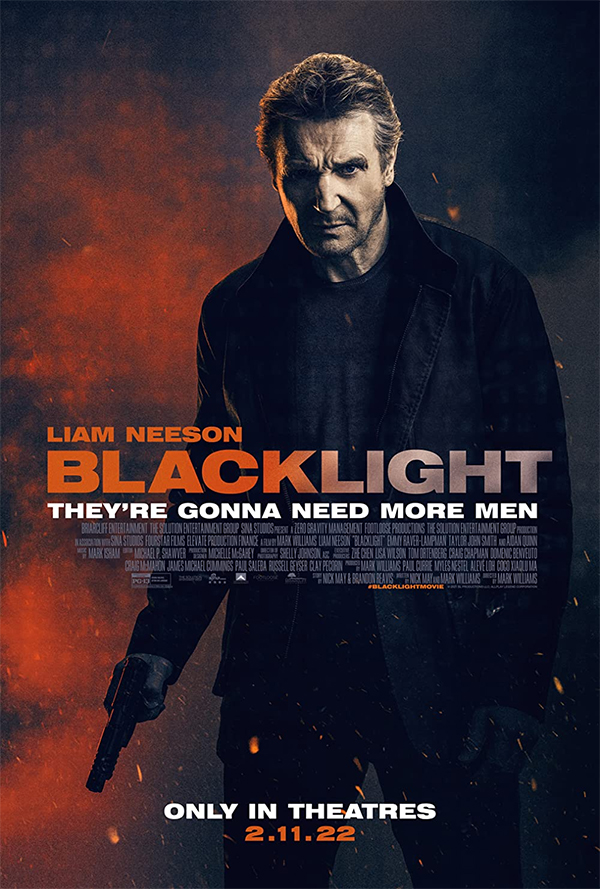 Liam Neeson is once again up against the bad guys in the new action thriller, Blackout, which has him reuniting with Honest Thief director Mark Williams. Each time I see Neeson tackle a role like this one, a part of me hopes we might get something a little different instead of the actor delivering the same thing, over-and-over again. Neeson is a fine actor, but I totally get that this is where the paychecks are coming from. The interesting thing is that it is Neeson alone that gets these films a theatrical release instead of heading straight to VOD. Blackout is about as generic as they come with not a single fresh element in sight.

Travis Block (Neeson) is an off-the-books government operative who helps get undercover FBI agents out of deadly situation. When a new agent Dusty Crane (Taylor John Smith) decides to go to the press with proof that FBI Director Gabriel Robinson (Aidan Quinn) is having innocent U.S. citizens killed for his own political agenda, Travis is tasked with stopping him. However, Travis has no clue that his long-time friend and boss, Robinson is up to no good. While Travis believes he is trying to stop Dusty from making a mistake, Robinson has already sent agents out to take the young agent out.  Caught in the middle of all the danger is reporter Mira Jones (Emmy Raver-Lampman), who just wants to uncover the truth about the corruption.

Of course, just like with almost every one of Neeson’s thrill-less action-thrillers, he also has to protect the ones he cares most about. Here it is his daughter Amanda (Claire van der Boom) and granddaughter Natalie (Gabriella Sengos). At least this time the writers were smart enough to make Neeson’s character a grandfather, as he is starting to look the part.

The only shining light in Blacklight is Quinn as the film’s villain. Although he doesn’t get to do much here, there is something quietly sinister about his character and he delivers an effective yet not-too-memorable performance. I have a feeling this one will be seen mainly by Neeson fans but I can’t recommend running out to the theater to check it out. As much as the local multiplexes need your business right now, there are better films out there to choose from. I say wait for VOD or streaming.