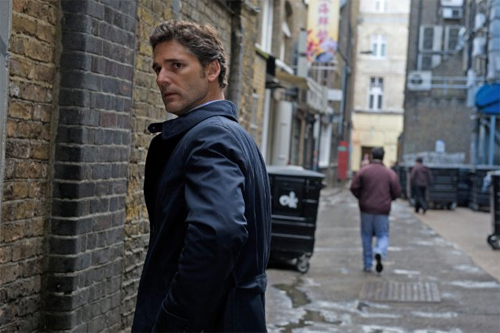 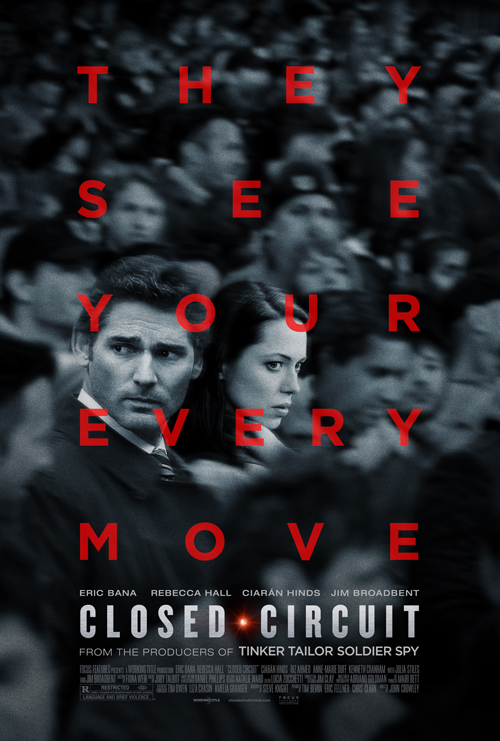 In the opening sequence of the new thriller “Closed Circuit” we are shown a busy outdoor city market via numerous closed circuit cameras. Each camera focuses on different angles but as soon as a truck backs into the market slowly, and its shown on all the cameras, we know that something is about to happen.  This is easily the best sequence in the film, but that’s not saying that the rest of “Closed Circuit” isn’t good, it just doesn’t grab you the way the opening does.

When Martin Rose (Erica Bana) and Claudia Simmons-Howe (Rebecca Hall)  are picked as the defense team for a major trial that involves the events that took place during the films’ opening, they not only leave out the fact that they are former lovers (which would prevent them to be part of this trial), but they also have no clue what they are in for.

The deeper Martin and Claudia dig into the case, the more they discover things aren’t quite what they seem.  The suspect that is believed to be the terrorist might just be a patsy.  It’s hard to go much further in this review without giving too much away, even though we can see many of the twists coming from a mile away.

Thankfully, the mildly above average material is elevated by the direction of John Crowley (Boy A) and his leads, Bana and Hall. The supporting cast which includes Ciarán Hinds, Jim Broadbent, and Julia Stiles also help  make “Closed Circuit” worth checking out.