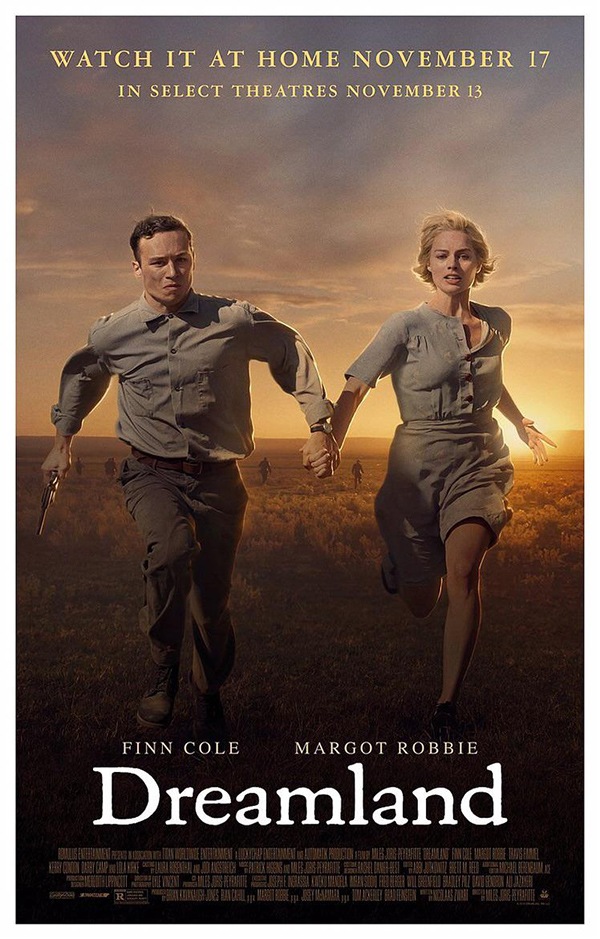 Margot Robbie gives another great performance in director Miles Joris-Peyrafitte’s mediocre period thriller, Dreamland. Set during the Great Depression, a teenager named Eugene Evans (Finn Cole) discovers Allison (Robbie), a wounded fugitive hiding out in his family’s barn. Eugene has two choices. He can turn the woman in and claim the reward that could help his struggling family or he could take care of her until she is strong enough to make a run for freedom. Since Eugene dreams of leaving the small town behind in hopes of searching for his father (who abandoned him and his mother) in Mexico, he decides to help Allison. I should also mention that he is falling for the seductive criminal as well.

The problem with Dreamland is that it just isn’t all that interesting. Cole is good but it is up to Robbie to carry the entire film and thankfully, she allows the audience to get invested in her character. Without the star’s key performance, this could have been unwatchable. Travis Fimmel who plays Cole’s stepfather as-well-as being a cop is the only cast-member that delivers a somewhat compelling performance, yet his character is so one-note. There are some fine moments throughout the film but for the most part, Dreamland is kind-of-a-snoozer.