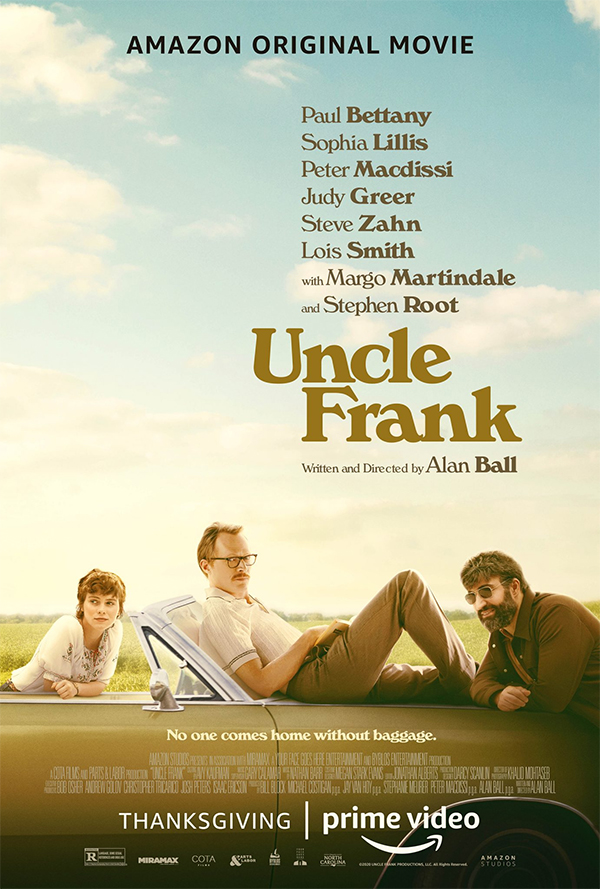 Hey South Florida, be one of the first to see an advance virtual screening of Amazon’s UNCLE FRANK on Thursday, November 19th at 7:00pm.

In 1973, teenaged Beth Bledsoe (Sophia Lillis) leaves her rural Southern hometown to study at New York University where her beloved Uncle Frank (Paul Bettany) is a revered literature professor. She soon discovers that Frank is gay, and living with his longtime partner Walid “Wally” Nadeem (Peter Macdissi) — an arrangement that he has kept secret for years. After the sudden death of Frank’s father — Beth’s grandfather — Frank is forced to reluctantly return home for the funeral with Beth in tow, and to finally face a long-buried trauma that he has spent his entire adult life running away from.

Now, let’s get to the part on how you can attend the early online screening of UNCLE FRANK. Head over to the following link and RSVP to the screening before it fills up amazonscreenings.com/VmBAF07920