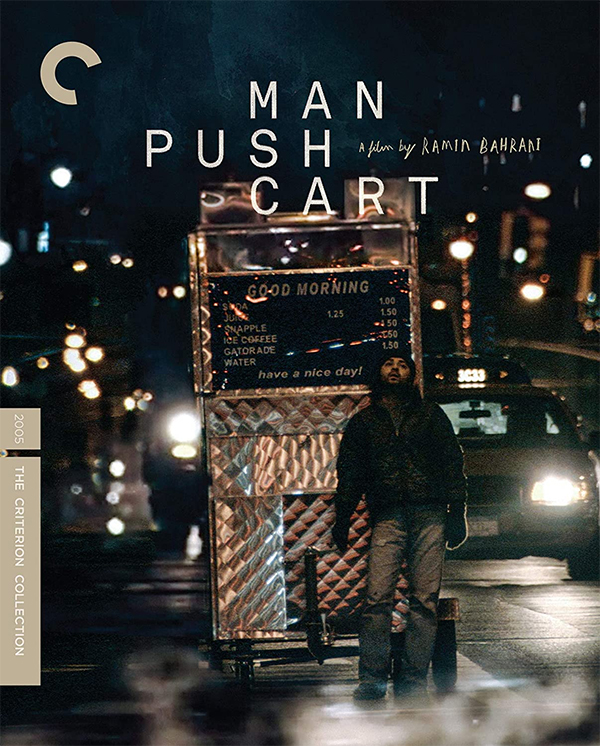 My first introduction to writer/director Ramin Bahrani was his forgettable 2012 family drama At Any Price. However, his follow-up in 2014, 99 Homes was one of the best films of that year. I recently had the chance to take-a-look at two of the filmmaker’s earlier features that are being released on Blu-ray this week, courtesy of The Criterion Collection. The first of them being, the 2005 drama Man Push Cart.

Ahmad (Ahmad Razvi) is a Pakistani immigrant who wakes up each morning before sunrise to drag a massive food cart down the streets of Midtown, Manhattan just so he can serve the citizens of the city coffee and bagels. Each day is a struggle for Ahmad who we learn was a famous singer back in Pakistan. We also learn through a series of flashbacks and through the narrative what made him give up the music and come to America.

One of Ahmed’s customers, a local Pakistani businessman named Mohammad (Charles Daniel Sandoval) offers him some freelance work in his home but soon recognizes him from his musical past. Then there is Noemi (Leticia Dolera) a young woman from Spain who is currently working in her uncle’s newstand. She is almost instantly attracted to Ahmad though he isn’t quick to realize it.

Man Push Cart is a beautifully shot, show-paced, intimate story and Razivi does a great job letting us know a lot about his character without using all that many words. This is a man who has struggled quite a bit in his more recent years. He has suffered great loss and a great disconnect from his son. It is also easy to see how Bahrani has progressed as a filmmaker in the past 16 years, which he started out strong to begin with.  This film is a definite gem and should be given a look by any fan of independent cinema. The Criterion Collection has also included a nice assortment of special features that were approved by Bahrani himself. You can see those below.