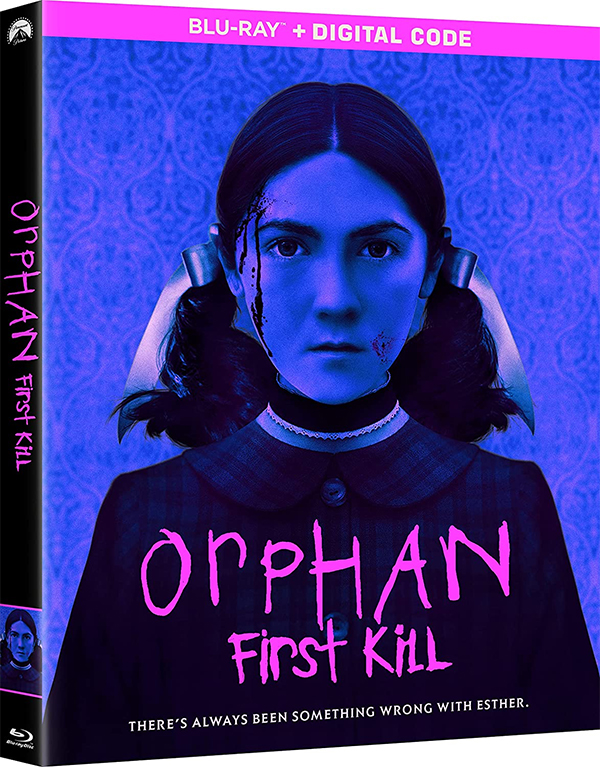 Sequels, prequels, reboots. These are all common things in the film industry, now more than ever. This is especially true in the horror genre. It shouldn’t come as a surprise when almost any successful genre film gets another installment. Yet, Orphan: First Kill stands out for a few reasons. In 2009 Orphan took in $78 million worldwide on a $20 million budget. That should have greenlighted a quick cash-grab sequel. However, it didn’t. Instead, we get a prequel thirteen years later. While that’s not unheard of, the fact that Isabelle Fuhrman (now in her mid-20’s) is once again playing the little orphan Esther is amusing. Granted, the character suffers from a rare hormonal disorder that stunted her physical growth and caused proportional dwarfism.  The funny thing about this is that most audiences will be aware that the adult actors are wearing some serious platform shoes to make them much taller than Fuhrman and in many wider shots, it’s clear that there is an Esther stand-in. Still, the most surprising thing about Orphan: First Kill is how entertaining it actually is.

If you have seen the 2009 film, you will remember that there was a big twist in the final act. Esther wasn’t the 9-year-old Russian girl that she pretended to be. She was actually a 33-year-old woman named Leena Klammer that only looks like a child. First Kill is set in 2007, Leena lives in the Estonian psychiatric hospital, where she eventually escapes. From there, Leena takes over the identity of a missing American girl that she resembles named Esther Albright. Leena (now Esther) is brought to the wealthy Albright family which includes Allen (Rossif Sutherland), his wife Tricia (Julia Stiles) and their son Gunnar (Matthew Finlan). While the parents are thrilled to have their little girl back, Esther’s brother doesn’t seem all that thrilled.

It doesn’t take long for Esther to make herself at home and claiming herself a few victims along the way, it isn’t until the twists in the narrative start coming where the fun really begins. While the surprise ending in the first film is one of the all-time best in the genre, the team behind First Kill, including writer David Coggeshall and director William Brent Bell try to one-up with their own twist. While it doesn’t have the same impact, it is still a clever direction they chose to go in. While I don’t feel we need more Orphan films, I won’t be surprised if we get them.