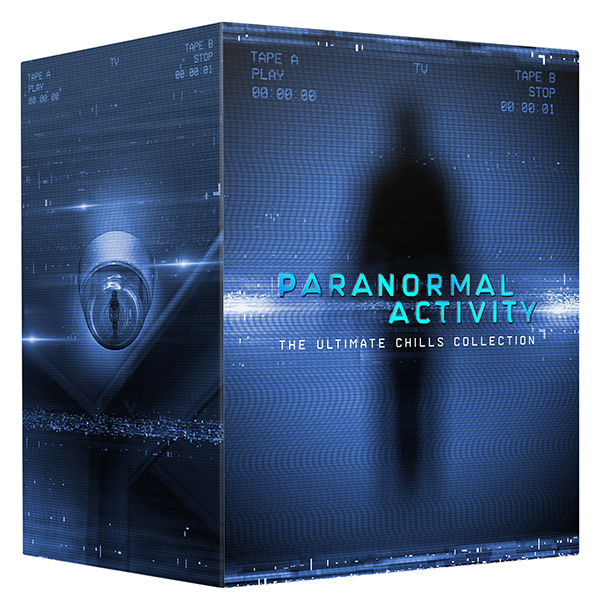 Last year the final installment (as of now) of the Paranormal Activity franchise, Next of Kin was released on Paramount+ instead of in theaters. Having just watched that one for the first time, I had to say the studio made the right call. It is by far the worst in the series. It does have moments of creepiness, but for the most part, the thing is a drag. This week Paranormal Activity: Next of Kin gets released on Blu-ray for the first time, but not as a stand-alone release. Paramount Pictures is dishing out a complete box set which includes all seven films plus Unknown Dimension: The Story of Paranormal Activity, which is documentary about the franchise.

While The Blair Witch Project launched the hugely popular found-footage horror sub-genre, it wasn’t until 2007 with the release of the first Paranormal Activity that someone was able to create a successful franchise out of found-footage. This was Jason Blum’s first major hit, and he would soon become one of the biggest horror producers in the world.

While I am a fan of the Paranormal Activity franchise as-a-whole, the films are not all on the same level. The first film directed by Oren Peli and its’ sequel directed by Tod Williams are easily the best. The third film is solid as well, but the series begins to get a bit stale with The Marked Ones and The Ghost Dimension. While they are lesser films, they still do deliver a handful of scares. One of the biggest issues with The Ghost Dimension is that the filmmakers wanted to show us the evil. However, for me, what we don’t see has always been scarier than what we do see. They should have let the audience’s imagination handle it. While Next of Kin does follow the formula of the series and takes us into a more unique location in Amish country, it takes way too long for things to get going.

While there is a 6-film Blu-ray collection that was released a few years back, The Ultimate Chills Collection is the first release that includes everything and has each film housed in its’ own case. While it will take up more room on your shelf, I am a fan of the bulky sets. They feel more substantial. I also love that the out-of-print 3D Blu-ray for The Ghost Dimension is also included along with the standard presentation. While I may not be a big fan of this installment, I do have a 3D Television in my living room.

If you are a fan of all things Paranormal Activity, this set is for you. While the disks don’t contain much bonus content, that is all made up for with the feature length documentary. If you have the original 6-film collection, it may not be worth the upgrade unless you desperately want Next of Kin and Unknown Dimension. If you are looking to grab a Halloween season gift for your favorite horror fan, this is a solid pick.