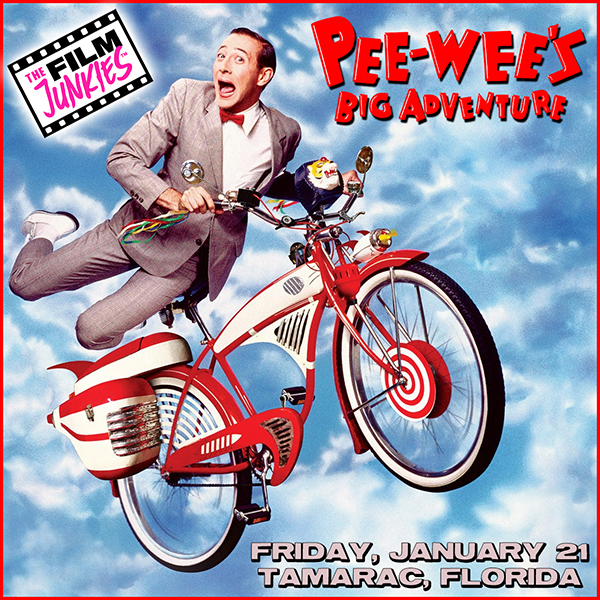 The Film Junkies are back to start the new year with the 1985 Tim Burton comedy classic, PEE-WEE’S BIG ADVENTURE.
About this event

TELL THEM LARGE MARGE SENT YA!

Before Beetlejuice and Batman, Tim Burton made his feature film directorial debut with Pee-Wee’s Big Adventure, starring pop-culture icon, Pee-Wee Herman aka Paul Reubens. We are thrilled to be bringing back this 80’s classic to the big screen for one-night-only. Join The Film Junkies on Friday, January 21 at 10pm as we trek across the country with Pee Wee as he searches for his stolen bike. Arrive early and check out the pop-up video store that will be selling vintage VHS tapes, DVDs and more.