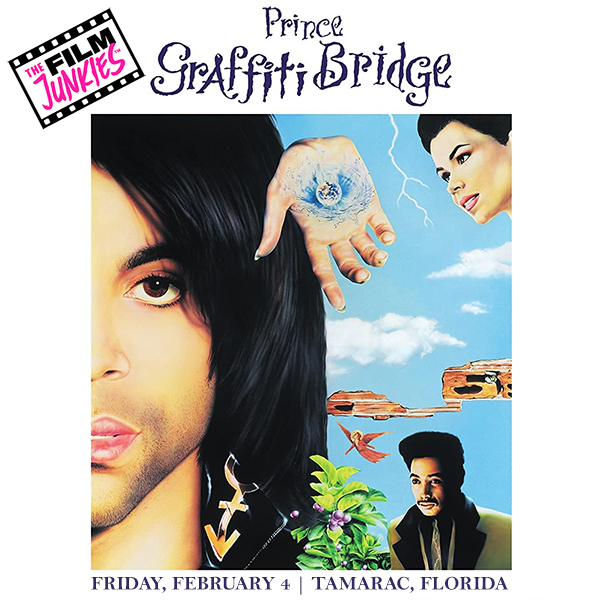 Calling all Thieves in the Temple…The Film Junkies are back with Prince’s final feature film, GRAFFITI BRIDGE.

Graffiti Bridge was one of the purest, most spiritual, uplifting things I’ve ever done. It was non-violent, positive and had no blatant sex scenes. Maybe it will take people 30 years to get it. They trashed The Wizard of Oz at first, too.

That quote has stuck with us over the years, so we decided to let three decades pass before bringing Prince’s “Purple Rain” sequel, “Graffiti Bridge” back to the big screen. The follow-up to the 1984 smash-hit remains a surreal viewing experience. “Graffiti Bridge” is essentially a 90-minute music video for Prince, Morris Day, The Time and Tevin Campbell and a must-see for anyone who is a fan of those artists. If you never experienced this forgotten gem on the big screen, now is your chance.