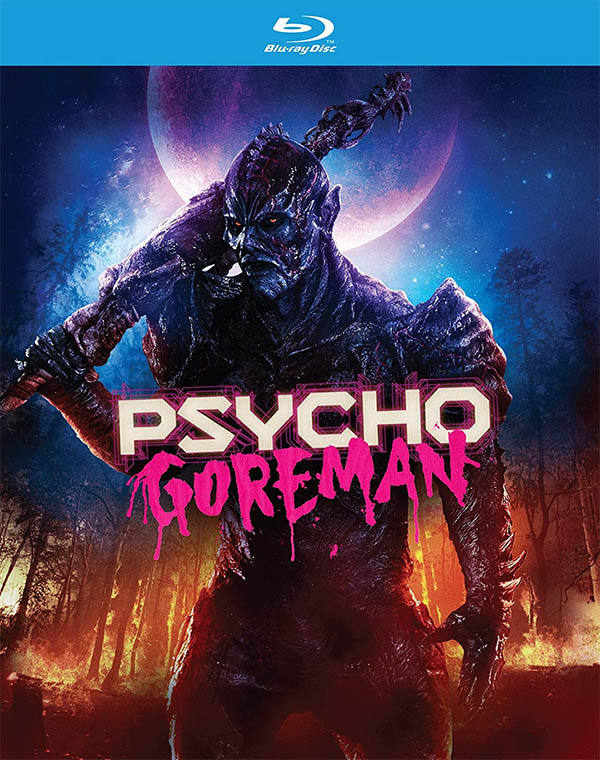 Writer/director/special make-up effects artist, Steven Kostanski has found success over the past few years delivering new horror films filled with top-notch practical effects. 2016’s The Void was for anyone who loved 80’s flicks like The Thing and The Blob and 2018’s Leprechaun Returns is arguably the best film in the franchise since the first. Kostanski is back with Psycho Goreman which more than delivers on its awesome title and arrives on DVD and Blu-ray next week. This time around, Kostanski goes for more of that 80’s kids horror vibe like The Monster Squad and The Gate. However, unlike those beloved classics, Psycho Goreman goes for the guts and brains and tons of gooey body parts.

First off, let me start out by saying that Psycho Goreman is insanely stupid while at the same time, delivers a great-deal of idiotic gore-tastic fun. Siblings Mimi and Luke (Nita-Josee Hanna and Owen Myre respectively) uncover a mysterious glowing gem while digging a hole in their back yard (Apparently, they never saw The Gate). By removing the gem, they unknowingly release an intergalactic being that was imprisoned within the gem many years ago. Although the creature, which they named Psycho Goreman (played by Matthew Ninaber and voiced by Steven Vlahous) goes on a killing rampage, he is unable to kill the brother and sister, since whoever possesses the gem, controls him.

Although, P.G. wants to destroy the universe, Mimi decides to use him for her own entertainment. Luke is not totally on board with many of his sister’s choices, but he has always let her walk all over him. Meanwhile, another alien named Pandora (played by Kristen MacCulloch and voiced by Anna Tierney) arrives on Earth to finally put an end to P.G., although, she might be just as evil as he is. Between Mimi’s fun and P.G.’s excessive actions, there are definitely a trail of victims left behind. Once Pandora arrives, things don’t slow down.

Psycho Goreman is one of those films I would have absolutely fallen in love with growing up and Kostanski has a great sense of what his audience wants to see. He clearly loved the same types of 80’s horror flicks as a kid that we did, and it shows. There isn’t much originality in the narrative. Yet, where the filmmaker shines is in his ability to make the familiar feel fresh and fun. The gore-filled effects are also beautifully over-the-top and I enjoyed every second of them.  This may not be a great film, but it knows exactly what it is and delivers on that.