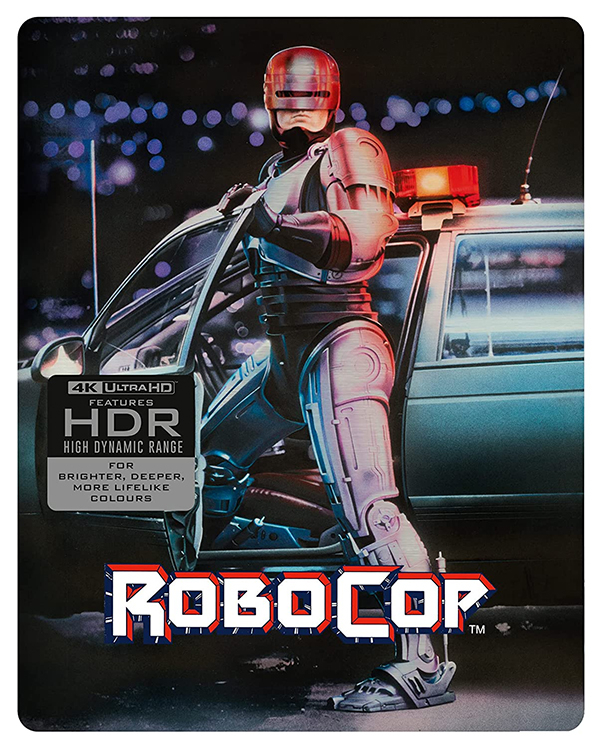 In 2019 Arrow Video released a 4K restoration of Robocop on Blu-ray which was presented in 1080p. While at the time, that disk was the best presentation of the iconic 1987 sci-fi masterpiece around, Arrow’s new full 4K UHD release takes full advantage of the restoration.

Very little needs to be said about the film itself, if you have never seen the original 1987 film, you are missing one of the greatest pieces of modern science fiction ever created. It is violent, gruesome, funny, and extremely intelligent. It is a product of its time and still very relevant today.

The 4K restoration, which was approved by Paul Verhoeven in 2013 looks incredible. The most noticeable upgrade from Arrow’s Blu-ray however is the addition of the Dolby Atmos track. We all know how great the Robocop score is and the film’s sound design. Well, Atmos absolutely ads to the experience at home.

Two different 4K UHDs were released in April. There was the Limited Edition which included the same packaging as the 2019 Blu-ray, complete with the 80-page booklet, six collector’s postcards, and double-sided fold-out poster. There is also the Limited Edition Steelbook. While I am usually a fan of the Steelbook, in this case, I would go for the other packaging. It is all a matter of taste.

If You are a fan of Robocop, then I highly recommend you include this in your collection. If you own Arrow’s 2019 Blu-ray, its’ not a must to upgrade as that disk still looks incredible. However, if you haven’t picked up that disk, then it won’t get better than the 4K UHD.