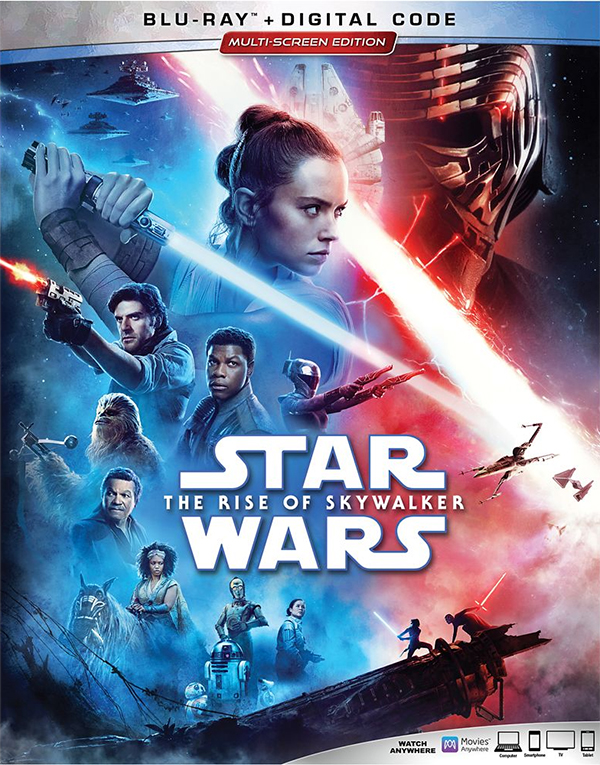 Arriving this week on Blu-ray, 4K Ultra HD and DVD is the final chapter in the Skywalker story, “Star Wars Episode IX: The Rise of Skywalker”. I did not review this film upon its’ theatrical release, but I did not only see it once in theaters, but I went back and saw it for a second time.  Not because I loved the film, but because being a lifelong Star Wars fan, I could not believe how much I disliked this film upon my initial viewing, that I felt I had to go back and give it a second look.  This is the final installment of a story I spend more than four decades loving. I couldn’t possibly dislike the end that much.  After the second viewing, I felt the same way.

With “Episode IX” arriving on Blu-ray this week, I thought I would give it one more watch.  Although my feelings haven’t changed about the overall race to the finish line approach over actual storytelling and characters, I did find myself appreciating some of the action sequences and visuals more. This in no means gives the film a pass for me, but I just didn’t hate it as much by the third viewing. It’s still bad, but I guess I was just sick of being disappointed by it. Of course, the film looks fantastic on Blu-ray and I am confident it would look even more stunning on 4K Ultra HD.

For fans of “Star Wars”, I am sure most of you will still want to have this installment in your collection. I mean, how can anyone own the first eight films and not want to complete it, regardless of how they feel about the actual film? I am a completest as well, so yeah, I am glad I own the film. There are also a-number-of bonus features, including “The Skywalker Legacy” which is a feature-length documentary on the making of “Episode IX”. You can see the full list of features below.