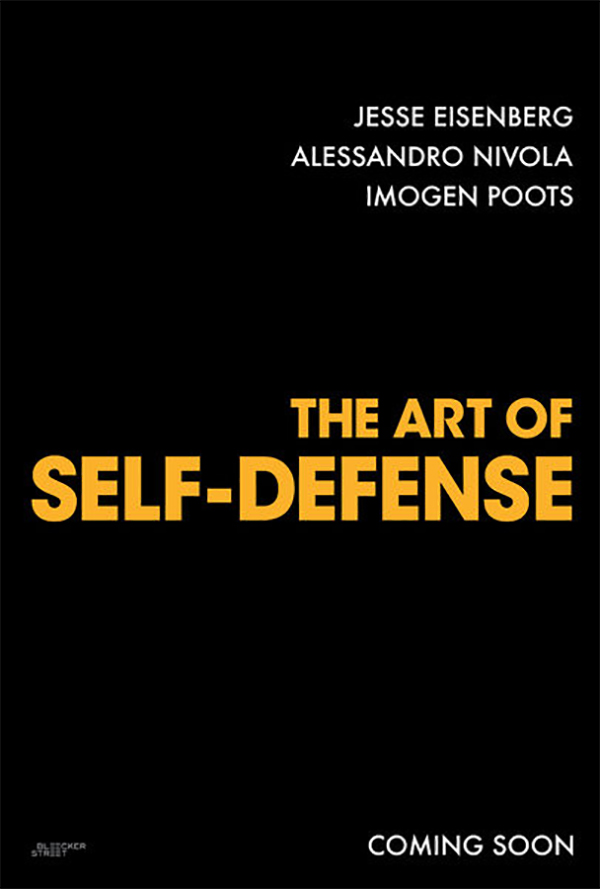 I am all about deadpan humor and if you are as well, writer/director Riley Stearns’ “The Art of Self-Defense” is the movie for you.  The story centers on Casey (Jesse Eisenberg), a socially awkward office worker who is randomly attacked on the street one night.  At first, Casey applies for a gun license but shortly after decides to learn karate instead at a local dojo. For those who may not fully grasp what deadpan humor is. Basically, it is when a character says something ridiculously funny, with a total lack of emotion, much like the “Naked Gun” and “Airplane” movies but without the slapstick.  This is where “The Art of Self-Defense” excels, because Stearns dialogue is near-perfect.

My sole issue with “The Art of Self-Defense” has to do with a twist involving the Sensei (Alessandro Nivola) that I saw coming from early-on in the story. That doesn’t mean everyone else will pick up on it.  Everyone delivers their lines perfectly, which is crucial for the jokes to work, this includes Imogen Poots who plays Anna, a student and children’s class instructor at the dojo.  Anna isn’t your typical love interest either for Casey, which is a major plus.  Her character is just as well crafted as Casey’s which pleasantly surprised me. I highly recommend “The Art of Self-Defense” when it gets released this summer. This is a film that nails its’ comic punches with a final act surprise that earned the film its own black belt.