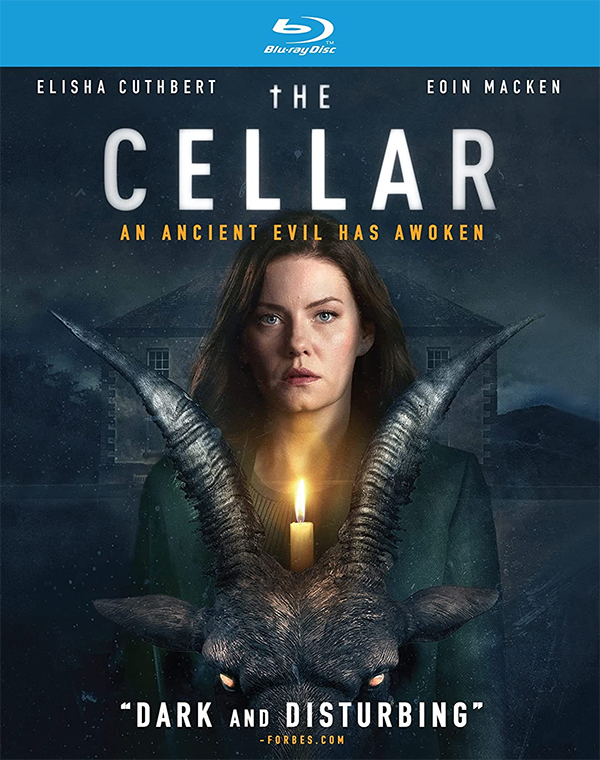 Arriving on Blu-ray this week is writer/director Brendan Muldowney The Cellar, which stars Elisha Cuthbert (The Girl Next Door, House of Wax). While Muldowney is a skilled filmmaker, he is someone who likes to take his time when it comes to telling a story. That usually isn’t a bad thing, but here we get what at times feels like an absolute slog and the lack of scares makes things feel like they are moving along even slower. The 90-minute runtime feels much longer.

As The Cellar begins, the Woods family are starting a new chapter in their lives when Keira (Elisha Cuthbert) and her husband Brian (Eoin Macken) move into a big house with their children Ellie (Abby Fitz) and her younger brother Steven (Dylan Fitzmaurice Brady). Ellie being a teenager is the least thrilled about moving across the globe into a very small town. It doesn’t help that the house is totally creeping her out.

Of course, this isn’t just any old house, there is something truly sinister hanging around, but we aren’t quite sure what it is. To make matters worse, whatever the entity might be, it has taken Ellie. While the authorities think Ellie ran away due to her troubled past, Keira knows that there is something more to it. The deeper she digs, the more she discovers about those who owned the home before. Ellie isn’t the first to go missing.

While The Cellar has a great atmosphere thanks Muldowney as-well-as cinematographer Tom Cornerford and composer Stephen McKeon it just isn’t all that interesting. While this isn’t Cuthbert’s first venture into horror, her performance here just doesn’t quite click. Even with its’ problems, The Cellar isn’t a terrible film. It just never feels fresh. We have seen this story countless times and the lack of originality doesn’t help. Even the final act feels like it borrows from films like Insidious along with others. While I can’t recommend this one, fans of the scary house sub-genre may find a few things to dig about in The Cellar.