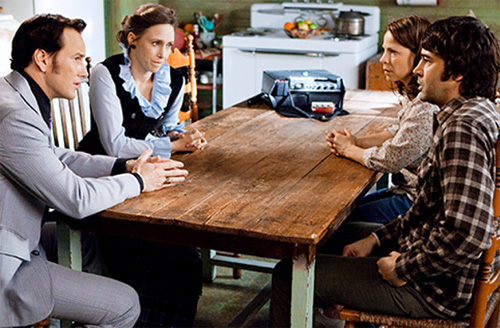 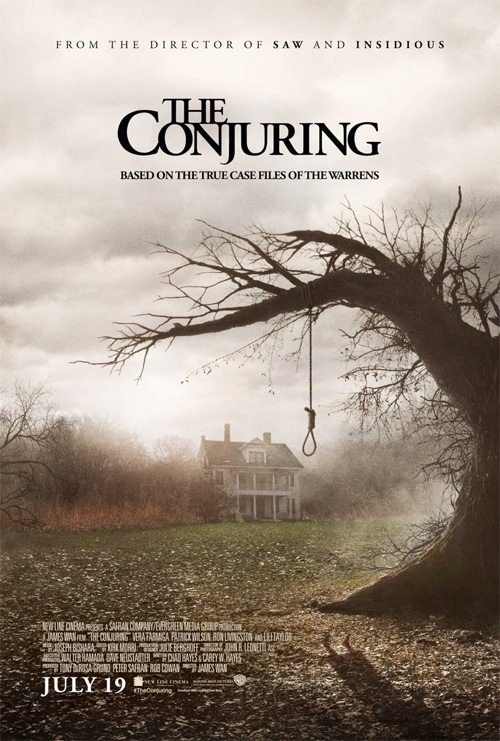 I think James Wan is one of the best horror film directors working in the United States today. He was not only behind the original “Saw” but also “Insidious” and the hugely underrated “Dead Silence”.  He knows how to make a creepy and effective horror film and he usually gets a solid cast to help pull everything together.  His latest effort “The Conjuring” is probably his best film to date.

“The Conjuring” takes place in the 1970s and is based on two real life families.  First we have Lorraine and Ed Warren (Vera Farmiga and Patrick Wilson respectively), renowned paranormal investigators who were approached by Carolyn Perron (Lili Taylor) after she realized that there was something residing in her new home, terrorizing her family.  Ed did not want his clairvoyant wife to get involved because of some horrific event that traumatized her in the past.  Regardless, the Warrens headed over to the Perron home to investigate and realized that a demonic force did in fact attach itself to the family.

“The Conjuring” is truly a scary film, whether you believe these events actually happened in real life or not.  It is also filled with some incredible shots, reminiscent of some early Hollywood horror films like “The Shining” or “The Exorcist”.  One of my favorite shots involves the Warrens daughter walking through the hallway of their home, she is wearing a flower pattern dress and how it contrasts against the pattern wallpaper and the lighting is fantastic.  There are many shots like that throughout the film.  Wan knows how to hold the audience in suspense and there isn’t a single weak link in the cast.  Ron Livingston is also good as Carolyn’s husband Roger.

Another element that works well here is the balance between the two families involved.  We are taken back and forth between the Warren and Perron homes, but not too much where it becomes a distraction.   Writers Chad and Carey Hayes did a great job on the screenplay, not a comment I often make on horror film.

Like I said, Wan has topped himself with “The Conjuring” and we are only a few months away from his sequel to “Insidious”.  With all his success in the horror genre, I can’t help but be curious how he handles his first mega-action film, “Fast & Furious 7” which is due out next year.  For now, make sure to conjure up some cash and go  see “The Conjuring”