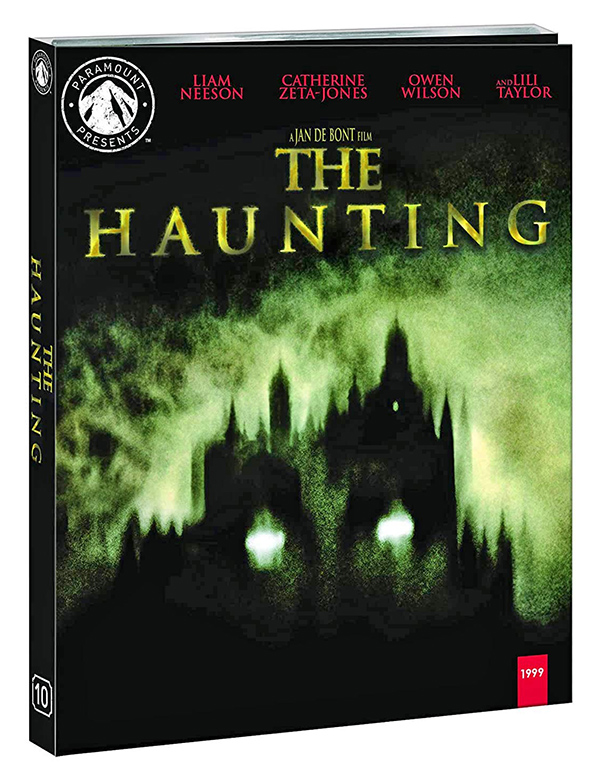 Just over two decades ago, the director of both Speed films and Twister decided to try his hand at horror. Inspired by The Haunting of Hill House novel, Jan de Bont decided to take what should have been a smaller scale haunted house tale and give it a high profile cast and direct what was essentially and $80 million dollar horror film.  I remember the main revelation I had when I exited the theater was that CGI just wasn’t scary. Admittedly, The Haunting is an absolutely, beautiful looking film. It just doesn’t have a whole lot going for it.

The story centers on a group of strangers who are being paid $900 per week to participate in a study about sleeping disorders. There is the quiet and lost-in-life Nell (Lili Taylor), the life of the party Theo (Catherine Zeta-Jones) and the hyper-talkative Luke (Owen Wilson). What they don’t know is that they are actually participating in a study of fear, lead by Doctor David Marrow (Liam Neeson).  I mean, if you are going to make an expensive horror film, you might as well get the best cast money can buy. The cast as least helps make The Haunting watchable.

The problem here is that this is that the film is not much more than a well-produced adaptation that simply goes through the motions and heavily relies on its budget. If you watch the recent Netflix series based on the same source material, you will see how well it can be adapted.

Now, despite my feelings on the film itself, I will say that Paramount delivered a truly beautiful new remastered Blu-ray, which really brings the stunning sets used in The Haunting to life. The Dolby TrueHD 5.1 lossless soundtrack is equally impressive as well. This is the first time the film has been released on Blu-ray in the United States and if you are a fan, it may be worth adding to your collection.