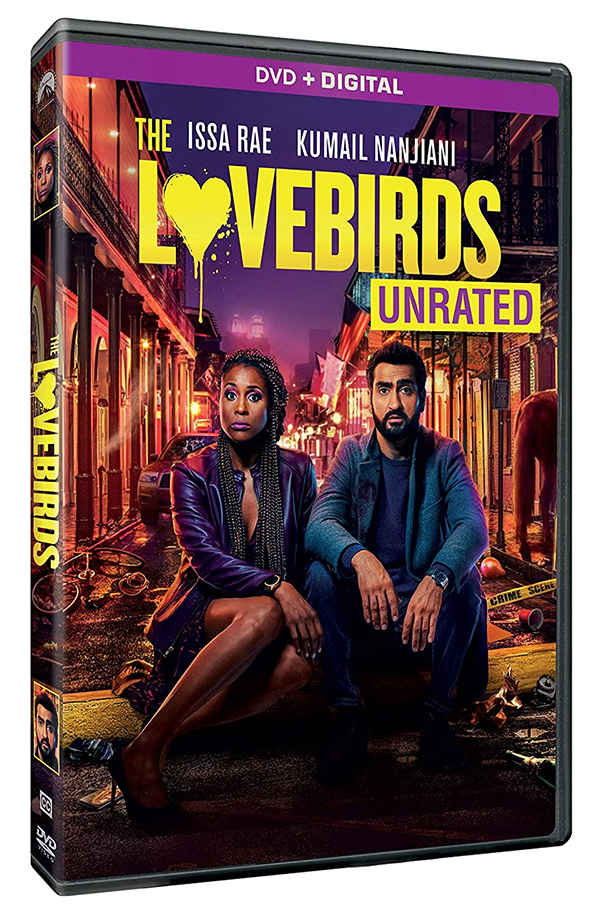 Available now on DVD is the action-rom-com The Lovebirds, starring Issa Rae and Kumail Nanjiani. Although, I felt The Lovebirds lacked originality, I enjoyed the chemistry between the two leads.

You can read my review of the film’s Netflix release below.

Kumail Nanjiani reunites with The Big Sick director, Michael Showalter for the romantic-action-comedy, The Lovebirds, co-starring Issa Rae. Originally planned for a theatrical release this season, Netflix swooped in and picked up the title after the multiplexes shuddered due to the worldwide pandemic. Although most huge budget tentpole films will be released theatrically sometime in the future, a modestly budget comedy like The Lovebirds is a perfectly at-home with the streaming giant. It is also much better than recent Netflix comedies like Coffee & Kareem and The Wrong Missy. Those looking for a date night movie at home should have a good time with The Lovebirds.

As the story begins, we see Jibran (Nanjiani) and Leilani (Rae), fall head-over-heals in love. It is very sweet and the two stars have great chemistry. Cut to a few years later, and the one-time lovebirds can’t stop bickering. Just as the couple decide to break-up, they find themselves in the middle of a murder mystery in which they are the prime suspects. Obviously, it’s hard to have a proper break-up when you need each other to track down the real killer in order to prove your innocence.