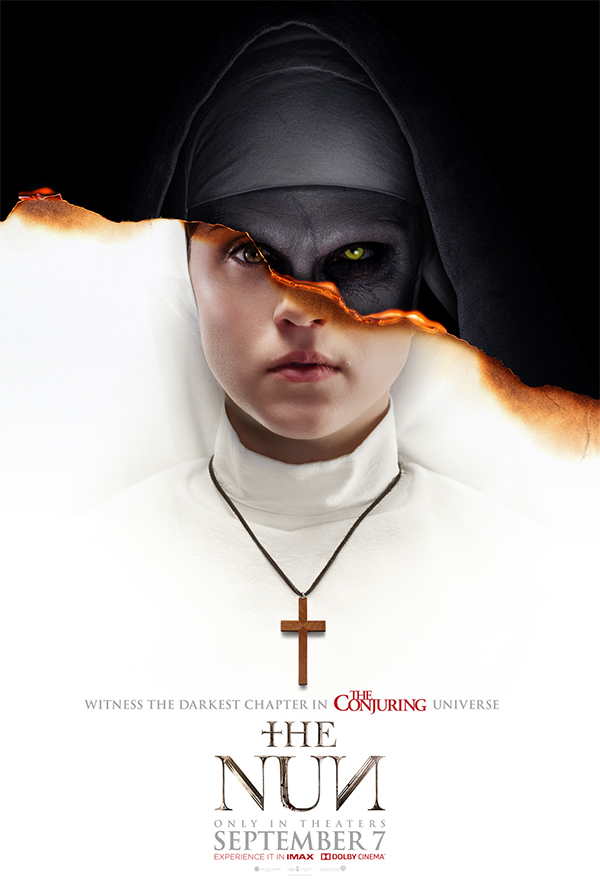 Every major studio wants to have their own shared universe.  Why wouldn’t they? The possibilities seem endless.  Marvel is basically printing money with each new film in their universe. Universal has tried to launch their monster universe twice, crashing both times. Warner Bros has two shared universe franchises, first being their DC superhero films (with mixed results), the other is “The Conjuring” universe. The big difference between the two universes for the studio is risk.  Horror films are generally inexpensive to produce. The studio usually spends more on the marketing than they do on the actual production. Because of this, most of the time, they can turn a profit on opening weekend.  However, if the studio starts releasing crappy installments, the horror fans will stop coming and that universe will end.

For the most part, “The Conjuring” universe films have been quite good. Both, “The Conjuring 1 & 2” were quite scary and delivered some true quality to the genre. The first “Annabelle” film was a stinker, but its’ prequel, “Annabelle: Creation” was able to wipe the slate clean in a major way. Now comes, “The Nun”, a spin-off of “The Conjuring 2” which just might be the worst film in the series so far.  I absolutely hated “Annabelle”, but I think “The Nun” is even worse.

Set in 1952, Sister Irene (Taissa Farminga), a young nun on the threshold of her final vows, is sent to Romania by the Vatican with Father Burke (Demián Bichir) to investigate the mysterious suicide of a local nun.  When they arrive, they are not warmly greeted by the coven. It doesn’t take long for them to realize that there is a malevolent demonic nun roaming the castle they are investigating.  Bonnie Aarons reprises her role from “The Conjuring 2” and “Annabelle: Creation” as The Nun.  However, she is nowhere near as terrifying as she was when we were first introduced to the character.

One of the biggest issues plaguing “The Nun” isn’t the lack of scares (though that is an issue), it’s that the film is an absolute snooze fest.  Farminga doesn’t command the same level of screen presence as her sister, Vera (star of “The Conjuring 1 & 2”).  Screenwriter Gary Dauberman has proven he knows how to write horror, perfect examples are “Annabelle: Creation” and “It”.  Unfortunately, it felt like he was forcing the material to fit into the Universe and in doing so, much of the narrative came across as not making sense.  There is also director Corin Hardy who’s 2015 feature film debut, “The Hallow” was quite good, though definitely slow paced.  Here, Hardy was-able-to capture the right tone, but not much else. The Nun is a terrifying creation, but she is wasted in the material.  There are currently three more films in “The Conjuring” universe in various stages of production. I am hoping that the series can bounce back from this unfortunate misfire.