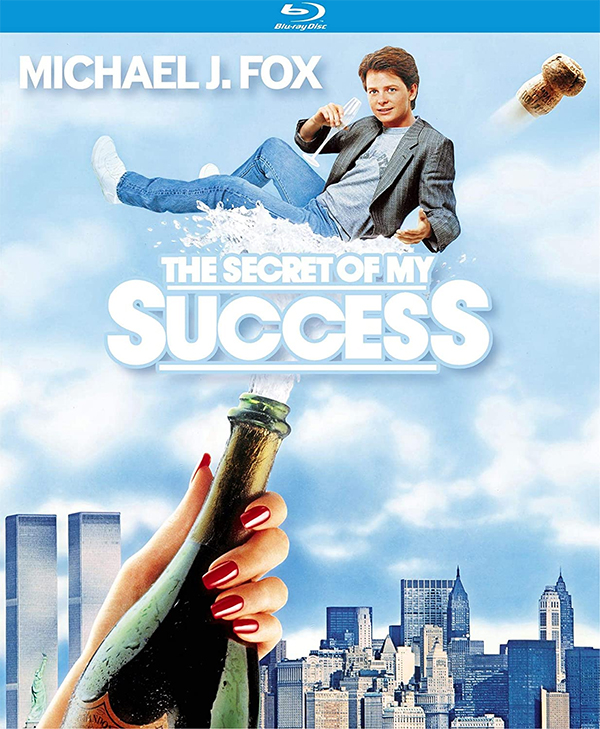 In 1985 Michael J. Fox became a bonafide movie star with the hugely successful Back to the Future. He followed that success up with the not-very-well regarded rock-drama Light of Day but found success once again just a few months later with The Secret of My Success. One could argue that Fox followed up BTTF with Teen Wolf but since that film was shot before BTTF, I am not going to count that. Director Herbert Ross was coming off a string of strong films like Max Dugan Returns, Footloose and Protocol, so the pairing of the two seemed like a secret for success (pun intended). Although, the-end-result doesn’t work as well as it should of and feels quite outdated now, Fox is just a joy to watch here and-on-that-level, The Secret of My Success still works.

The story centers on Brantley Foster (Michael J. Fox), a young man who grew up on a farm, but decides to move to New York City after graduating from Kansas State University. When he arrives in the Big Apple, he learns that the company he was supposed to start working at has been taken over by another corporation which results in him being laid off on his first day.  Fortunately for Brantley, his uncle Howard Prescott (Richard Jordan) is the president of the Pemrose Corporation, which gets his foot in the door working in the mailroom.  However, Brantley is not all-to-keen in waiting for his big break, so he creates a new identity for himself as an executive named Carlton Whitfield and starts doing two jobs at once. Yes, it is an idiotic premise, but watching Fox go back and forth between positions while trying not to get caught is fun. There are other elements like Brantley having an affair with his Aunt (Uncle’s wife) and also him falling in love with co-worker Christy Wills (Helen Slater) that don’t work as well.  There is absolutely no chemistry between Fox and Slater.

Still, I like The Secret of My Success, even with its many flaws. This is the first time The Secret of My Success has been made available on Blu-ray in the U.S. thanks to Kino Lorber and the disk includes a new interview with co-star Helen Slater, as well as a new audio commentary by journalist Author Bryan Reeseman.  If you are a fan of this 80’s comedy, you may want to pick it up.