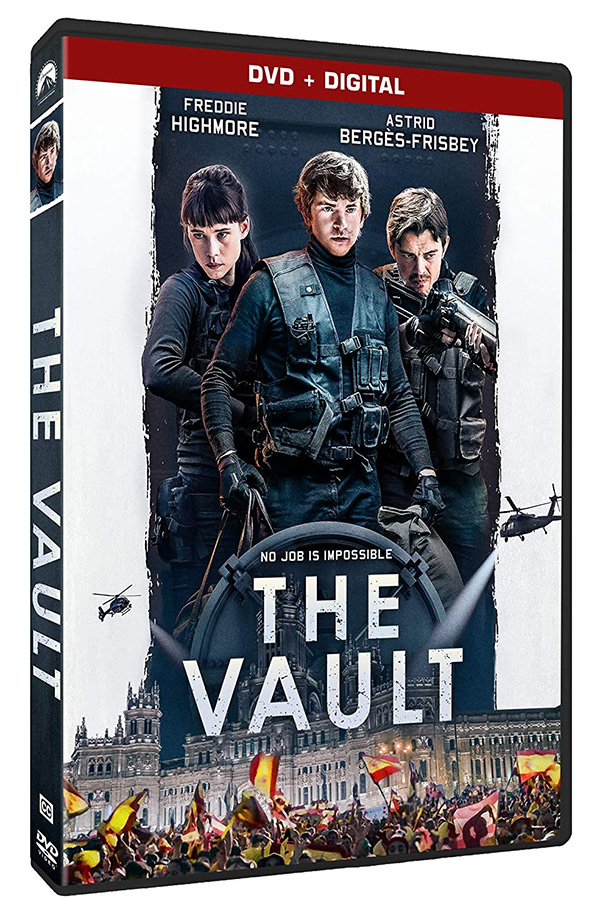 Director Jaume Balagueró might be best known for his REC horror franchise. However, this year he has delivered one of the most surprisingly entertaining films I have seen in recent months. In the vein of Oceans 11, The Score and even National Treasure, The Vault centers on a band of thieves (each with a particular set of skills), set on pulling off an impossible mission. While this may not be an original idea or even feature any memorable characters, Balagueró makes sure the actual heist elements are fully engaging as he keeps the audience on the edge of their seat. The Vault would have without question made for a fine theatrical viewing, with the impressive locations and such, but it doesn’t feature a cast that could really sell the film.

Thom (Freddie Highmore) is a genius who has absolutely no interest in working with major corporations whose values and ideas don’t align with his. It aggravates his father that Thom keeps turning down job offers from oil companies and others. He does however catch the attention of a wealthy salvager named Walter (Liam Cunningham), who wants to recruit Thom for a high-risk, yet lucrative job. Despite being someone who prides themselves on doing the right thing, Thom is intrigued. You see, Walter and his team want to break into the Bank of Spain’s highly impenetrable vault in-order-to steal back a highly valuable lost treasure that was taken from them in the film’s opening act.

While the plot is mostly paint-by-numbers, including Thom falling for fellow thief, Lorraine (Astrid Bergès-Frisbey), the whole thing still manages to be very enjoyable. I guess I am just a sucker for a decent heist film. Heighmore is once again playing a character who is super intelligent. However, unlike his The Good Doctor role, here is just an average awkward smart guy. What makes the heist even more exciting is that it is taking place during Spain’s World Cup, which is happening just outside the bank. If you are a fan of this sub-genre, then I highly recommend The Vault which arrives on DVD this week.