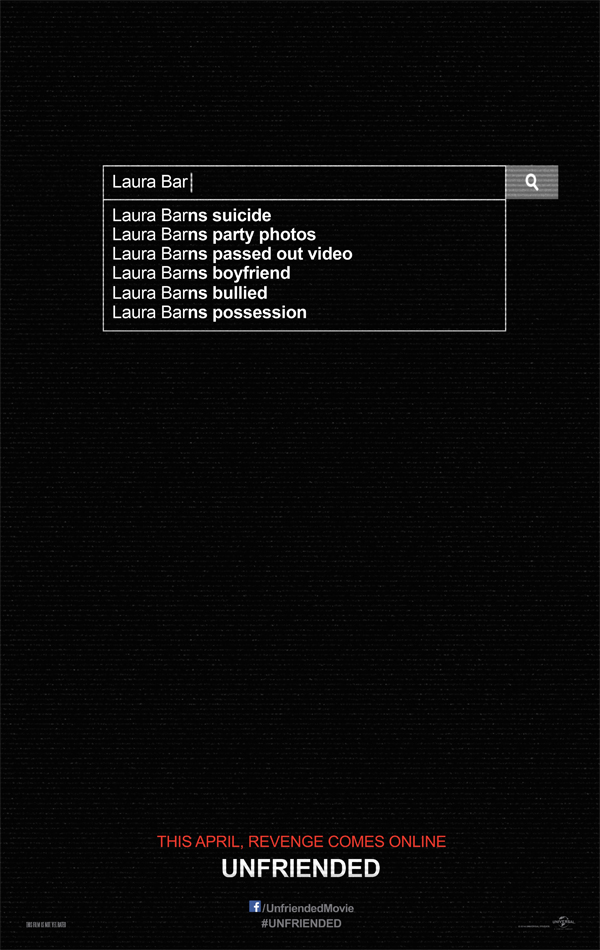 The review below is a mini-review which was part of my 2015 SXSW recap from last month. You can read the full recap here.

SXSW 2015 started a few hours earlier for me than previous years with the U.S. Premiere of “Unfriended”, directed by Leo Gabriadze. Universal Pictures acquired “Unfriended” after it apparently terrified a test screening audience. I am not sure who was in that audience but after checking out the film for myself, I can tell you that there was not a single moment that I found even remotely scary.

I dug the whole computer screen, open windows aspect of “Unfriended” which to me was done much better last year in “Open Windows”. I also liked the film’s set up in which a group of friends who are chatting online are being tormented and forced to kill themselves by someone/something claiming to be a friend of theirs . That so-called friend committed suicide one year earlier. The best thing I can say about “Unfriended” is that it moves along pretty quickly. It may not be scary but it isn’t a bore either.