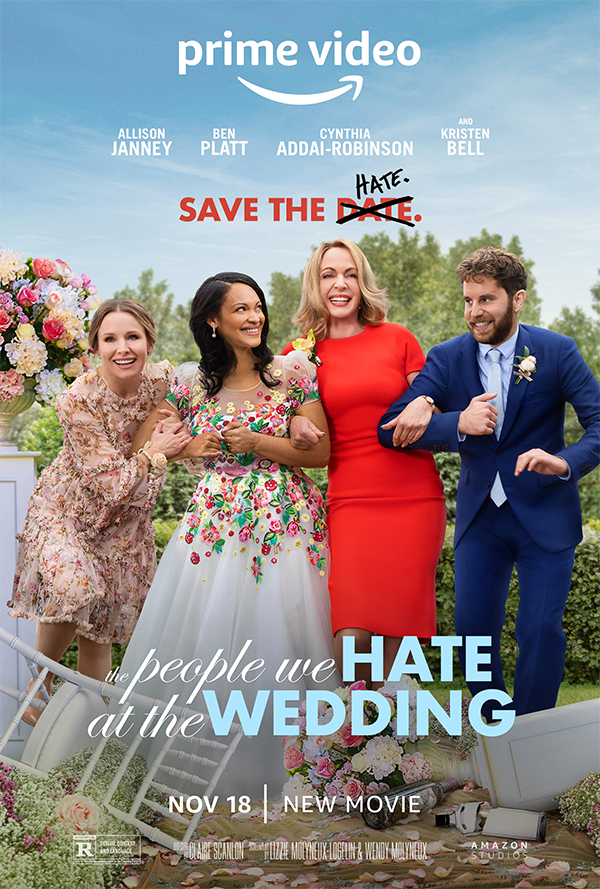 You can win passes to see Searchlight’s THE PEOPLE WE HATE AT THE WEDDING on Wednesday, November 16th at 7pm before its’ release on Prime Video.

The film follows struggling American siblings Alice (Kristen Bell) and Paul (Ben Platt), who reluctantly agree to attend the wedding of their estranged, wealthy half-sister (Cynthia Addai-Robinson) in the English countryside alongside their mother, Donna (Allison Janney). Over thecourse of the wedding week, the family’s many skeletons are wrenched from the closet, and theunlikely reunion gives everyone the motivation to move their own lives forward. A modern wedding comedy for anyone with a slightly dysfunctional family (everyone), or anyone who’s been forced to attend a wedding they tried to avoid (also everyone).

Now, let’s get to the part on how you win passes to see the virtual advance screening of THE PEOPLE WE HATE AT THE WEDDING. Head to the following link and RSVP amazonscreenings.com/MIAMIPWHAW