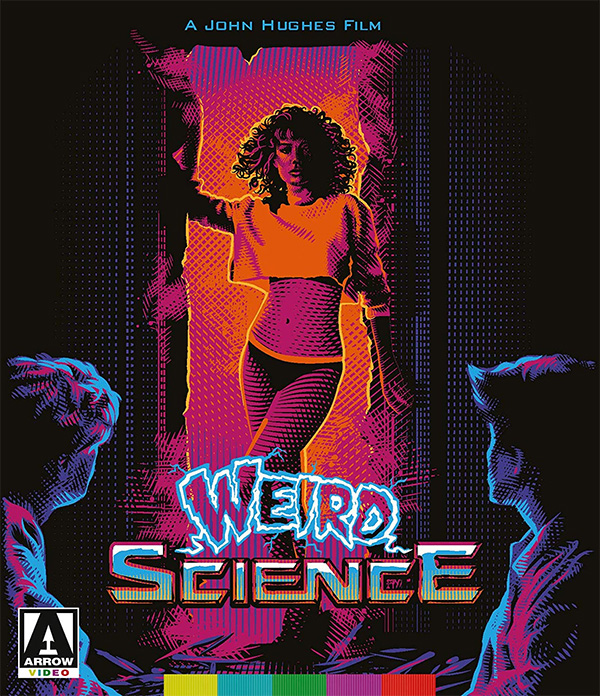 Arriving this week on Special Edition Blu-ray is John Hughes 80’s sci-fi comedy, “Weird Science”.  Being in my mid-40’s, I grew up on the filmmaker’s 80’s hits and I love them all. “Weird Science” might not be as great as “The Breakfast Club” or “Sixteen Candles” and is the film least likely to get a modern day remake (as we live in a completely different time for the material), but it does have its charms and a killer title song by Oingo Boingo. Most of all, it has Bill Paxton’s Chet. One of the best sibling characters ever put to film.

If you are as fond of “Weird Science” as I am, then you are going to love this release from Arrow Video. Aside from the new 4K scan from the original negative, there is also 1080p presentation with two newly remastered addition scenes. There are also a couple of new interviews included and some previously released bonuses as well. If you get your hands on the first pressing, you will get an illustrated booklet as well.

The 4K remaster looks fantastic and a definite must-buy for any fan. Sure, much of the humor in the film would be considered offensive by today’s generation and their feelings would be absolutely justified. However, it is a product of its time and its never mean spirited. One more addition, I absolutely love the Special Edition cover art by Tracie Ching.