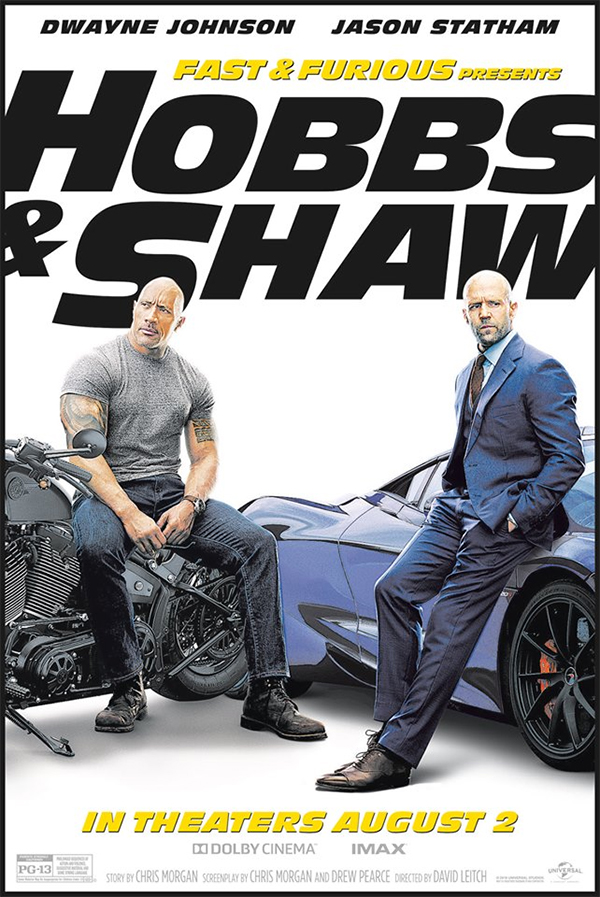 Ever since hulking lawman Hobbs (Johnson), a loyal agent of America’s Diplomatic Security Service, and lawless outcast Shaw (Statham), a former British military elite operative, first faced off in 2015’s Furious 7, the duo have swapped smack talk and body blows as they’ve tried to take each other down.

But when cyber-genetically enhanced anarchist Brixton (Idris Elba) gains control of an insidious bio-threat that could alter humanity forever — and bests a brilliant and fearless  rogue MI6 agent (The Crown’s Vanessa Kirby), who just happens to be Shaw’s sister — these two sworn enemies will have to partner up to bring down the only guy who might be badder than themselves.

Now, let’s get to the part on how you win passes to see an advance screening of FAST & FURIOUS PRESENTS: HOBBS & SHAW. Simply email us your full name and you could win passes.  Winners will be picked at random. Email your full name to kicgiveaways@gmail.com

In the subject line, please include “THEY’RE FAST, BUT MOSTLY FURIOUS”

FAST & FURIOUS PRESENTS: HOBBS & SHAW has been rated PG-13 (Parents Strongly Cautioned – Some Material May Be Inappropriate for Children Under 13) for prolonged sequences of action and violence, suggestive material and some strong language.