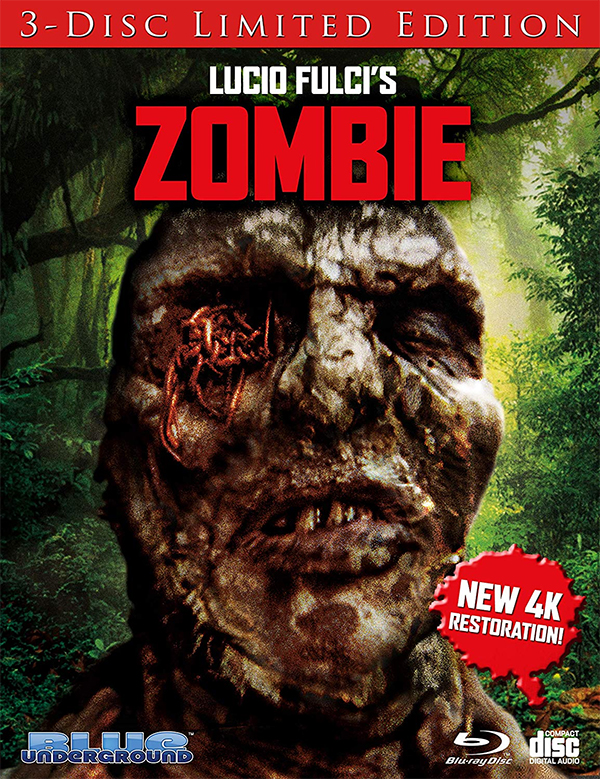 Just in time for its’ 40th anniversary, Blue Underground gives us a brand new 4K restoration of Lucio Fulci’s Italian horror film, “Zombie”.  As you might know, this was considered unofficial sequel to George A. Romero’s “Dawn of the Dead” in Italy.  If you are a fan of “Zombie”, then this release is a must-own.

The new restoration looks fantastic and will surely please those of you looking for a great presentation. One of the things that always stood out for me was the score from Fabio Frizzi. Thankfully, this 3-disk set includes the CD soundtrack. If bonus content is your bag, this set doesn’t disappoint Not only do you get new interviews and commentaries, but also a collectable booklet by author Stephen Thrower. All of this is displayed nicely in one of three various 3D lenticular slipcovers. I have the worms cover myself.  With the holiday season upon us, “Zombie” will make a great gift for any zombie-loving horror fan.