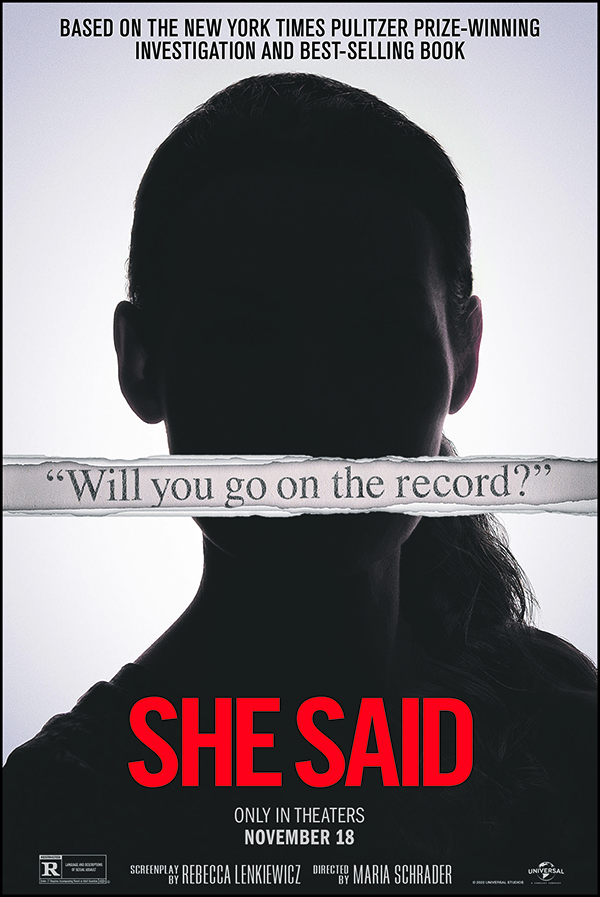 You can score admit-two passes to see an advance screening of SHE SAID on Tuesday, November 15th @ AMC Aventura 24 in Miami (7:00PM).

Two-time Academy Award® nominee Carey Mulligan (Promising Young Woman, An Education) and Zoe Kazan (The Plot Against America limited series, The Big Sick) star as New York Times reporters Megan Twohey and Jodi Kantor, who together broke one of the most important stories in a generation— a story that helped propel the #Metoo movement, shattered decades of silence around the subject of sexual assault in Hollywood and altered American culture forever.

Now, let’s get to the part on how you win passes to see an advance screening of SHE SAID. Email your full name to info@thefilmjunkies.com and include SHE SAID GIVEAWAY in the subject line.
SHE SAID in theaters November 18th

Rated R for language and descriptions of sexual assault.