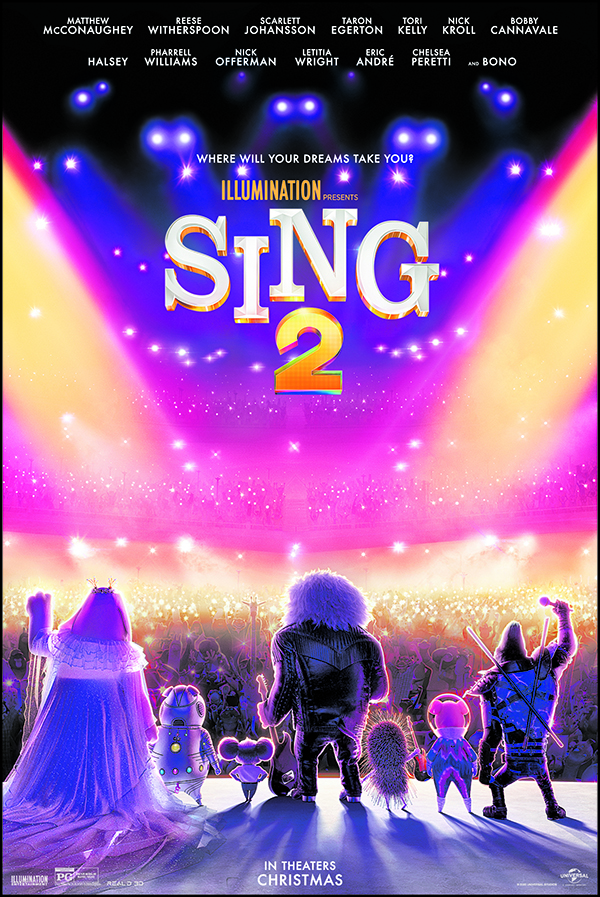 You can score admit-two passes to see an advance screening of SING 2 on Wednesday, December 15th @ AMC Aventura 24 in Miami (7:00pm).

This holiday season, the new chapter in Illumination’s smash animated franchise arrives with big dreams and spectacular hit songs as the ever-optimistic Buster Moon and his all-star cast of performers prepare to launch their most dazzling stage extravaganza yet …all in the glittering entertainment capital of the world. There’s just one hitch: They first have to persuade the world’s most reclusive rock star—played by global music icon Bono, in his animated film debut—to join them.

Now, let’s get to the part on how you win passes to see an advance screening of SING 2. Email your full name to info@thefilmjunkies.com and include SING 2 GIVEAWAY in the subject line.