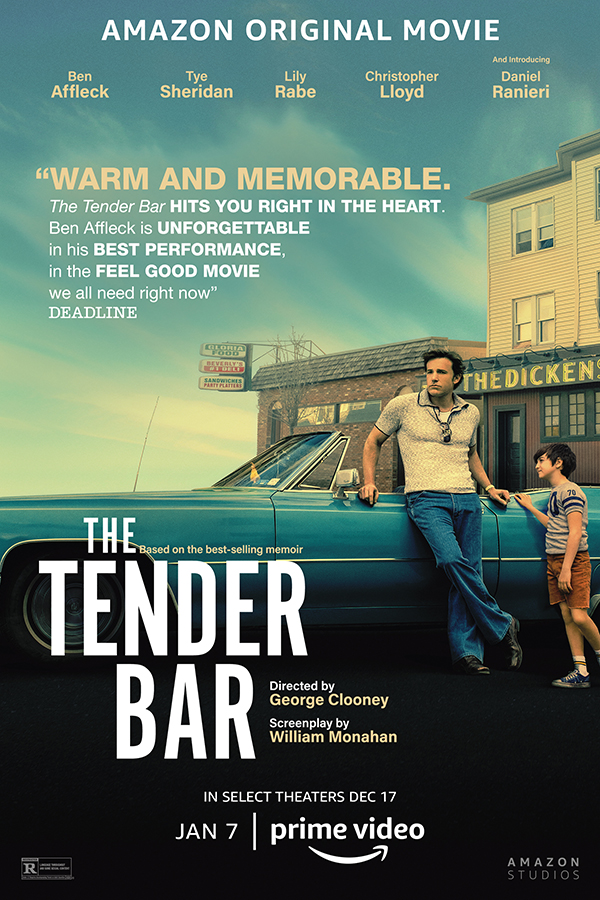 You can score admit-two passes to see an advance screening of THE TENDER BAR on Tuesday, December 13th @ Landmark Merrick Park in Coral Gables (7:30pm).

A neighborhood pub in Manhasset, Long Island, becomes a second home for a fatherless boy in THE TENDER BAR, a poignant and inspiring coming-of-age story directed by George Clooney. J.R. (Tye Sheridan and Daniel Ranieri), whose father disappeared from his life before he was old enough to speak, moves into his grandfather’s dilapidated house after he and his mother (Lily Rabe) once again hit hard times. Under the unconventional tutelage of his Uncle Charlie (Ben Affleck), a charismatic, self-educated bartender, and a handful of the bar’s colorful regulars, J.R. grows into a young man determined to fulfill his dream of becoming a writer in this fiercely funny and blazingly honest adaptation of J.R. Moehringer’s bestselling memoir.

Now, let’s get to the part on how you win passes to see an advance screening of THE TENDER BAR. The first group of people to head over to the following link will score passes to the screenings. Hurry up and grab yours before they are all gone amazonscreenings.com/MRXIM47816