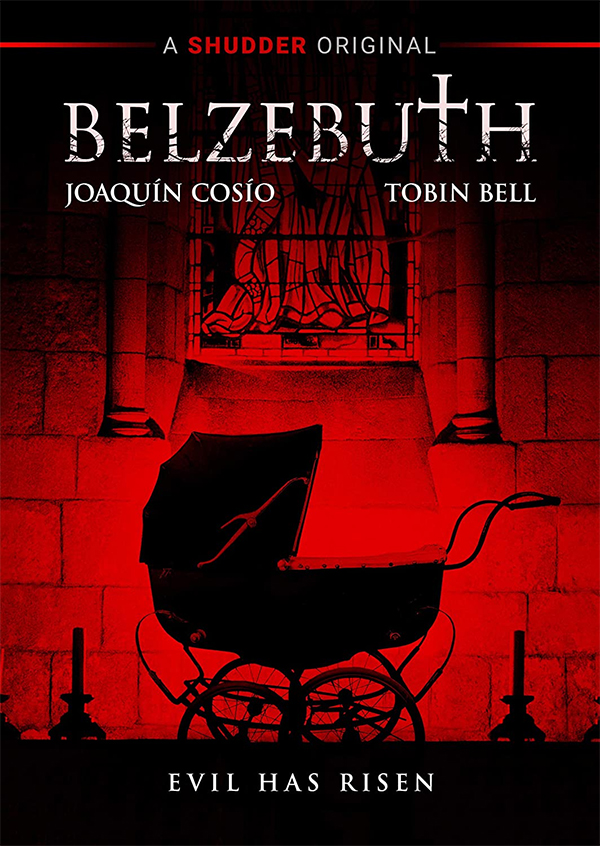 Although it has taken a couple of years to get here, the Mexico-set horror film, “Belzebuth” arrives on On Demand, Blu-ray and DVD this Tuesday here in the U.S. This fresh take on the demonic possession sub-genre stood out to me when I first saw it back in 2017, although it was a rough cut and I just recently saw the finished film for the first time. Mexican director Emilio Portes is mostly known for his comedies, but much like Jordan Peele, the filmmaker proves comedy isn’t his only bag. Portes seems to understand horror and isn’t afraid to test his audience with politics and faith. There are some truly unsettling moments in “Belzebuth” and they are executed wonderfully. There are a handful of mass killings that take place throughout and each one leaves a lasting impression, though some may find it to be too much to handle.

Five years after the death of his new-born son, Detective Emmanuel Ritter (Joaquín Cosio) finds himself investigating a series of mass killings in which most of the victims are children. It turns out, these killings are somehow linked to his son’s death. The Vatican has sent Priest Ivan Franco (Tate Ellington) to also investigate the killings. Ivan believes that a former priest who was kicked out named Vasilio Canetti (Tobin Bell) is behind the evil doings, but the closer Ritter and Franco get to the truth, the most complicated things become.

Although “Belzebuth” is an extremely well-made horror film with strong direction and performances, it does lose some steam in the last twenty minutes. The final act becomes more of a standard possession film which I found disappointing, but everything leading up to that is a well-paced crime-thriller with some great moments. One of my favorites involve a demonically possessed statue of Jesus Christ. Still, if you are looking for something different, you may want to give this one a look. “Belzebuth” is also currently available on Shudder.