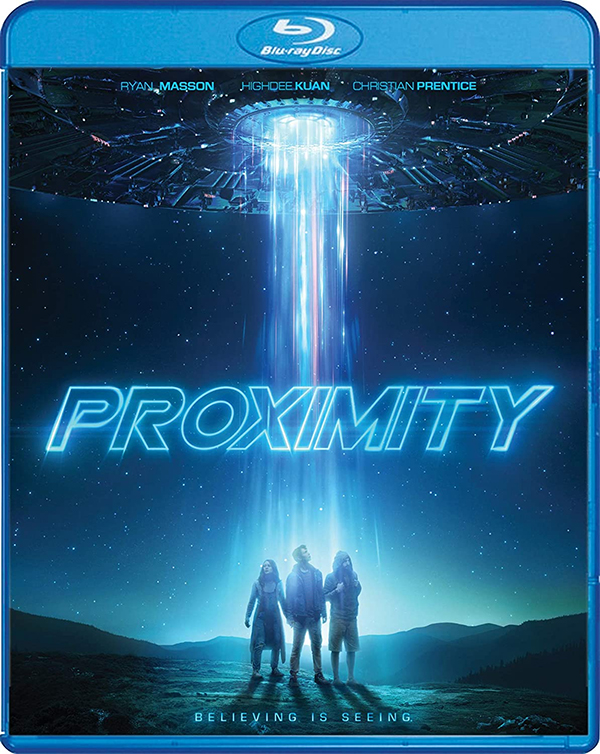 Digital artist Eric Demeusy makes his feature film debut as writer/director with the sci-fi indie, “Proximity”. Unquestionably influenced by early Spielberg, I think the filmmaker set out to make the kind of film he grew up loving. Although Demeusy does show promise as an up-and-coming director, he may need to spend a bit more time fine-tuning his script next time.

Isaac (Ryan Masson) is a young NASA scientist who is sure that he was abducted by extraterrestrials while out hiking in the Los Angeles hills. Although he can’t remember what actually happened to him and why he has a 3-day memory gap, he did manage to catch one of the aliens on camera and upload it to the internet. Isaac’s video does grab the attention of the internet and media, but when he get’s called out on the news for faking the footage, he becomes focused on proving what he experienced was real. One person that does believe Isaac is Sara (Highdee Kuan), a young woman who has a secret of her own. Sara is clearly supposed to be a kind-of love interest for Isaac though they don’t seem to have a great deal of chemistry. She does however help Isaac get closer to the end of his journey.

“Proximity” is competently made, but the pacing is way too slow and the runtime is way too long. Running at exactly two hours, I feel a little extra time in the editing room could have made for a much tighter and more entertaining film. Ryan Masson is effective as the lead and I liked Don Scribner who plays the old-man living off the grid. His character, Carl experienced in the past what Isaac is currently experiencing. However, the final act feels almost like something out of one of those faith-based films. Not that there is anything wrong with that, but it felt out-of-place here. “Proximity” is well-intentioned sci-fi, but it’s just not that interesting.