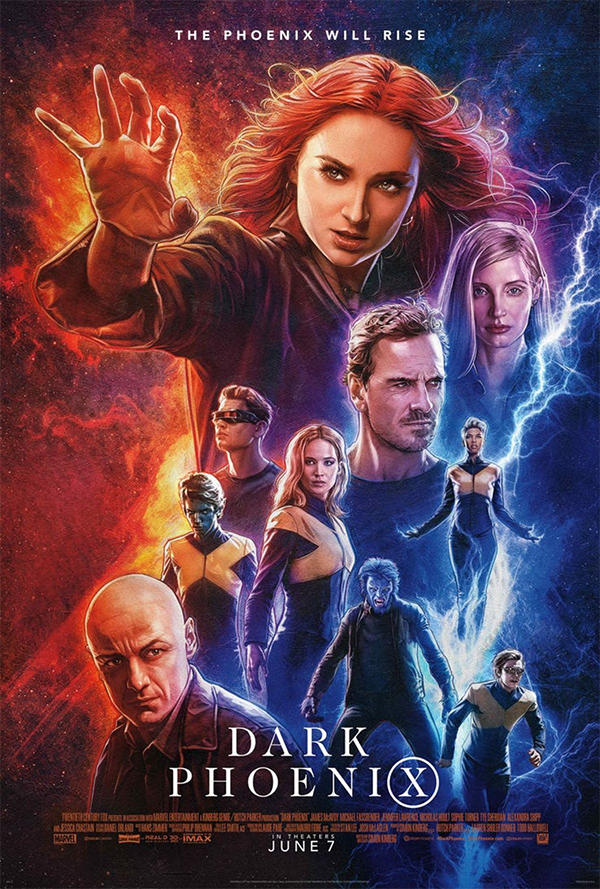 The X-Men film franchise kicked off 19 years ago and is considered the launching point for comic book films as we know them today. There have been installments loved by many (“X-Men 2”, “Logan”) and installments equally loathed (“X-Men 3”, X-Men Origins: Wolverine”). Unfortunately, the series seemed to run its course with 2016’s underwhelming “X-Men: Apocalypse”. However, 20th Century Fox (before they were acquired Disney) felt there was still money to be made, so not only was “Dark Phoenix” green-lit, but so was a horror-influenced “The New Mutants” which will be coming out next year.  Much like “Dark Phoenix”, “The New Mutants” had a troubled production and is supposedly undergoing reshoots as well. With the release date for “Dark Phoenix” constantly getting pushed back, many wondered if it would be released on Disney’s forthcoming streaming service.  Having seen the film, that might have been the best way to go.

First off, let me say that the final installment of Fox’s X-Men series isn’t the disaster many are expecting. It’s truly not that bad. At the same time, there is not a single thing that makes it memorable either. Aside from some entertaining set pieces, like the space rescue which takes place earlier in the film and the final battle on the train, “Dark Phoenix” kind of limps along.

“Dark Phoenix” is based on a 40-issue comic book storyline, which centers on Jean Grey (Sophie Turner). This is not the first time the Grey/Phoenix story was adapted. This was the part of the plot in ” X-Men: The Last Stand”, which wasn’t done right. This second attempt does a better job but still manages to miss the mark.  I don’t think full blame can be put on first-time director Simon Kinberg, but he did have enough knowledge about these characters to deliver something more substantial.

Without getting too much into the story, one of my biggest gripes with “Dark Phoenix” is that the cast comes across as disinterested. Fassbender who is arguably the best part of the “First Class” cast isn’t bringing the gravity to Magneto that he did in prior films. His part feels minor. Aside from Turner, barely any of the cast members have much to do. Nicholas Hoult is the one exception. He is-able-to bring some true emotion to Hank McCoy/Beast. I would say Jessica Chastain is the biggest disappointment here. Her villainous alien character that wants to manipulate Jean for her power is a total bore.

With this being the final film in the X-Men franchise as we know it, many will wonder if we are given closure.  My answer, yeah, kind of.  It is a tacked-on ending that feels more like an afterthought, but I honestly didn’t expect even that. I am just grateful knowing that when the X-Men are eventually rebooted, they will be handled by Marvel/Disney directly and much more care will “hopefully” go into the stories that are told.