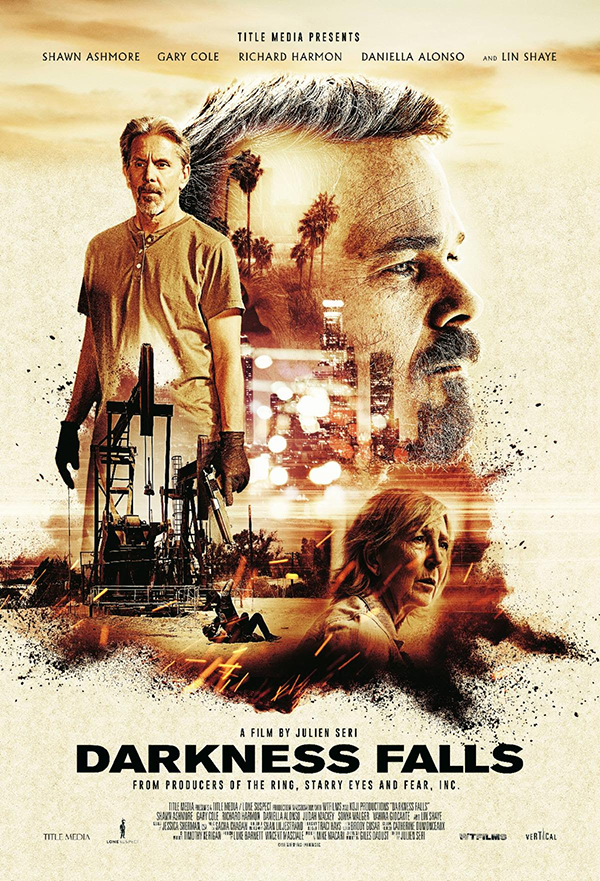 Detective Jeff Anderson (Ashmore) had it all, a loving wife, a beautiful boy and was on the fast track to becoming Police Captain. That was until his wife committed suicide. Jeff knew his better half well enough to know that she was happy and would have never of taken her own life. It turns out Jeff was right. A father-and-son serial killing team (Cole and Harmon respectively) have been going around Los Angeles, killing powerful woman and making each one look like a suicide. The problem is that nobody, including Jeff’s former partner and new captain (Alonso) believes him.

The more determined Jeff becomes to catch these killers, the more he neglects his son Frankie (Judah Mackey), who is being looked after by his grandmother (Lin Shaye). Ashmore at times feels miscast, but the biggest draw here for me was seeing Cole and Harmon as the killers. I have always been a fan of the former, but recently I have come to like Harmon in CW’s “The 100”. It is easy to buy the two as a deranged family and they are without-a-doubt the best part of “Darkness Falls”. Unfortunately, not even the two killers can save the film from being a ridiculous bore. Even with an 84-minute runtime, this far-fetched procedural wear’s out its’ welcome early on.

I did like that the film was shot in Los Angeles and the location has been taken advantage of the best it could on a budget. This might not be a very interesting movie, but at least it looks good. Even as a fan of the cast and the genre, there isn’t much here I can recommend. Still, if “Darkness Falls” seems like your cup-of-tea, it will be hitting ON DEMAND, June 12th.