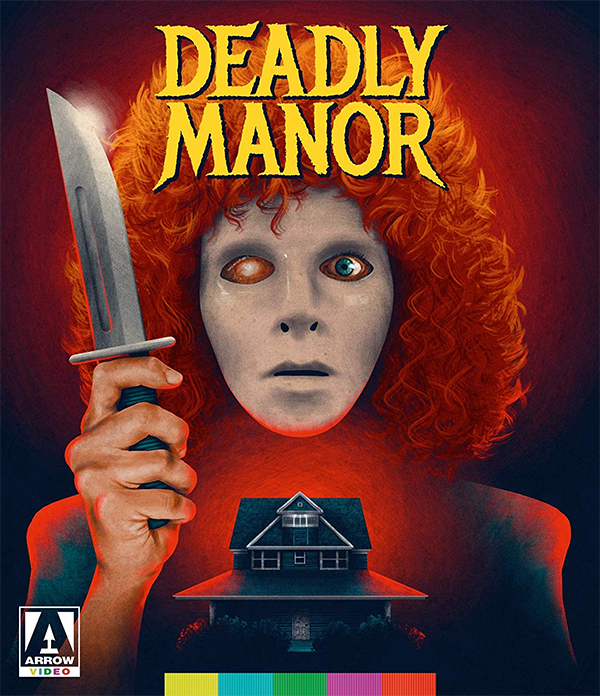 Two years after filmmaker José Ramón Larraz gave horror audiences, “Edge of the Axe” he delivered more terror with 1990’s “Deadly Manor” aka “Savage Lust”. Personally, I prefer the “Lust” title over “Manor”. Fans of Larraz’s work will be pleased that Arrow Video will be releasing “Deadly Manor” for the first time on Blu-ray this week and the brand new 2K restoration looks quite good.

This was actually my first time viewing the film and for those unfamiliar with “Deadly Manor”, the story follows a group of young adults who take a detour on the way to the lake that leads them to a seemingly abandoned home in the middle of the woods. With a storm fast approaching, they decide to spend the night inside the home for shelter, despite one of them being sure that they saw someone in the window. It doesn’t take long for the unwanted guests to start getting picked off one-by-one.

Larraz had a real knack for Spanish-made horror, even though the film is set within the states. There is a genuine creepiness to the location which ads to the unsettled feeling. That doesn’t mean that “Deadly Manor” is good, because it truly isn’t.  Regardless, it is still entertaining. Arrow Video has packed this release with a nice selection of bonus features, including new interviews with actress Jennifer Delora and producer Brian Smedley-Aston. The original “Savage Lust” trailer is included which made me realize how much I preferred that title over “Deadly Manor”. Plus, there is a collector’s booklet included in the first pressing. If you are a fan of slasher films, you may want to check this one out.