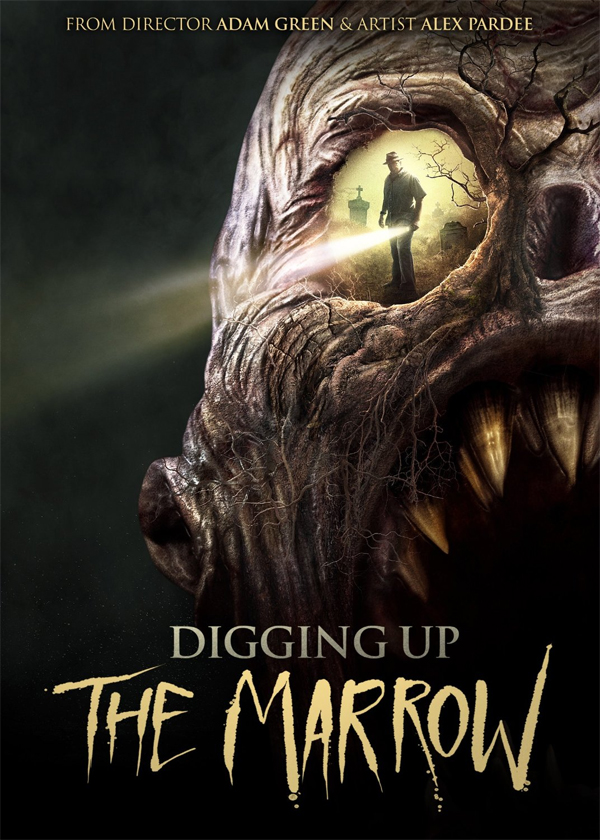 Arriving on DVD and Blu-ray this week is Adam Green’s “Digging Up the Marrow. Inspired by the artwork of Alex Pardee, this fake documentary follows Green, along with his cinematographer Will Barratt on a search for real life monsters. Green, most known for his “Hatchet” film series tries something different by putting himself in front of the camera instead of just behind it. The problem here is that it isn’t all that entertaining. Things take way too long to get going, and it isn’t until the final 15 minutes where things begin to pick up.

I am a huge fan of Ray Wise, but even he can’t salvage “Digging Up the Marrow” as the crazy old man that Green and Barratt follow around to score footage for their film. On a positive note, the creatures which were inspired by the amazing work of Pardee, look terrific. If someone was to ever remake “Nightbreed”, I would want to see a whole slew of monsters based on his work. I just wish those creations were in a better film. I am sure Adam Green fans are going to want to check this one out regardless, but I just didn’t dig, “Digging Up the Marrow”

Order: Digging Up the Marrow (Blu-Ray)