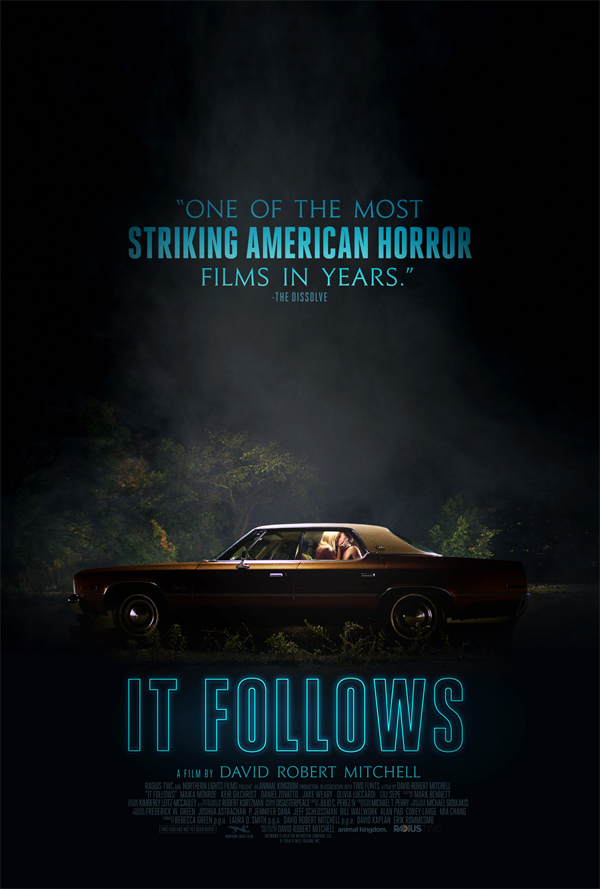 Writer/director David Robert Mitchell’s “It Follows” grabs you right from the start. We see a young girl running out of her house, clearly being chased by something. We just never see what it is. She gets into her car and drives to the beach and calls her parents, basically telling them goodbye, before we cut to the following morning where we see her body has been twisted and broken.

What caused this? We soon learn it is a new type of STD (Sexually Transmitted Disease), but instead of a virus, you contract a deadly unknown force. We never really learn who this girl was but once “It Follows” introduces us to the main characters we learn exactly what happened to her.

After getting it on in the back seat of a car, Jay (Maika Monroe) is chloroformed and tied up by the guy (Jake Weary) that she was with. When she comes to, he tells her that he passed something along to her and that she will start seeing various figures walking towards her at anytime. She must not let them touch her and nobody else will be able to see these figures. He also tells her that she can buy some time if she sleeps with someone and passes it on. He then takes her back home and bolts.

It isn’t long before Jay starts seeing these figures. Her sister Kelly (Lili Sepe), friend Paul (Keir Gilchrist), and her neighbor Greg (Daniel Zovatto) are not sure what to make of what’s going on with Jay. The figures that Jay sees change all the time. It can be a naked girl, a tall man, or they can look like someone she knows. Whatever is following her is smart, but it is also slow. If she gets in a car and drives off, she can buy herself some time.

“It Follows” is really eerie and these the various figures that follow Jay are quite disturbing even though they look like your average person. In one scene when Jay opens her bedroom door to let her friend inside, an average looking tall man walks in right behind her from down the hall and you know right off the bat that it he isn’t human. The film is filled with moments like that.

Horror fans have to dig through piles of crap in order to find a gem like “It Follows”. The important thing is not to let the excessive hype the film is getting set your expectations so high. This is not the type of film that will make you scream when things jump out. This is a smart film that will slowly creep you the hell out of you. 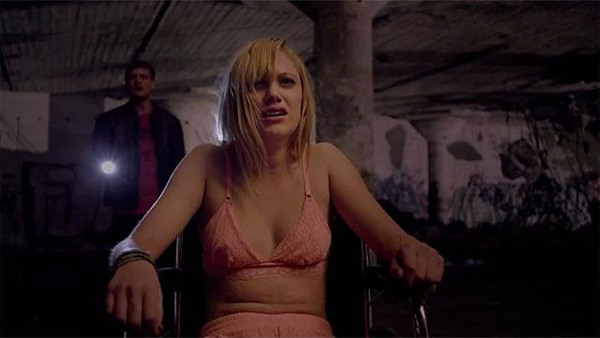