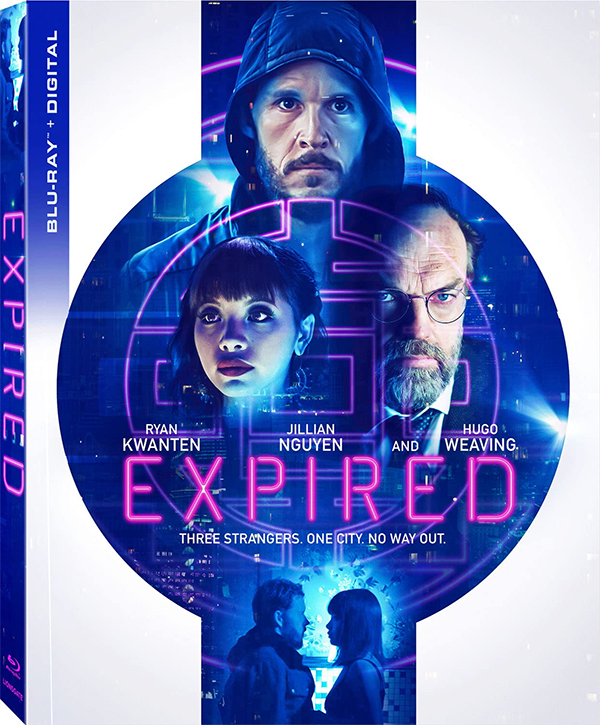 Set sometime in the future, Jack (Kwanten), a hitman that lives a mainly isolated existence, sees his life beginning to change when he falls for April (Nguyen) a club singer who also lives a lonely life. As the two get closer, Jack starts getting physically ill and he can’t understand why. This of course makes his work as a contract killer much more complicated. Jack’s weakened state makes it harder for him to take out his assigned targets. The only person that may hold the key to Jack’s condition is Dr. Bergman (Weaving), a scientist that could hold a deeper connection to Jack’s past.

While Expired showed signs of potential, it felt like Sen wanted to tell a much more complex story than he was able to. Things don’t quite come together, especially when it comes to the growing love between Jack and April, but the story becomes even more strained as we learn more about what is going on with Jack. As for the thriller aspects of the film, it is never once actually thrilling. The action is light and almost non-existent. Sen does give the futuristic neon metropolis a beautiful look, somewhat inspired by Blade Runner, but with a much smaller budget. Still, it can’t save the writing which is the real problem here. The filmmaker and cast are unquestionably competent and skilled, but unfortunately, Expired goes bad, way too quickly.