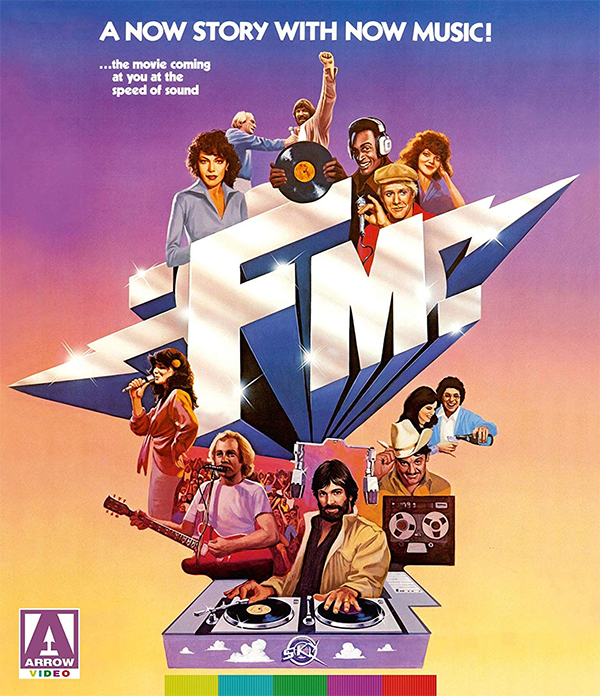 Available now for the first time on Blu-ray is John A. Alonzo’s 1978 radio station-set comedy, “FM”.  Once-in-awhile (maybe a little more often than that), a film from my childhood that I had completely forgot that existed, gets an HD release and I get super excited about it.  “FM” happens to be one of those long-forgotten titles.  I should also mention that I was a fan of the sitcom WKRP in Cincinnati at that time (though I was still pretty young.). “FM” always felt like a big screen version of that show.

Aside from the 1080p transfer, we get newly filmed interviews with “FM” writer, Ezra Sacks and music appreciation featurette presented by Glenn Kenny. There is also an illustrated booklet available with the first pressing of this release.  If you are a fan of “FM”, I do recommend you ad Arrow’s release to your collection.