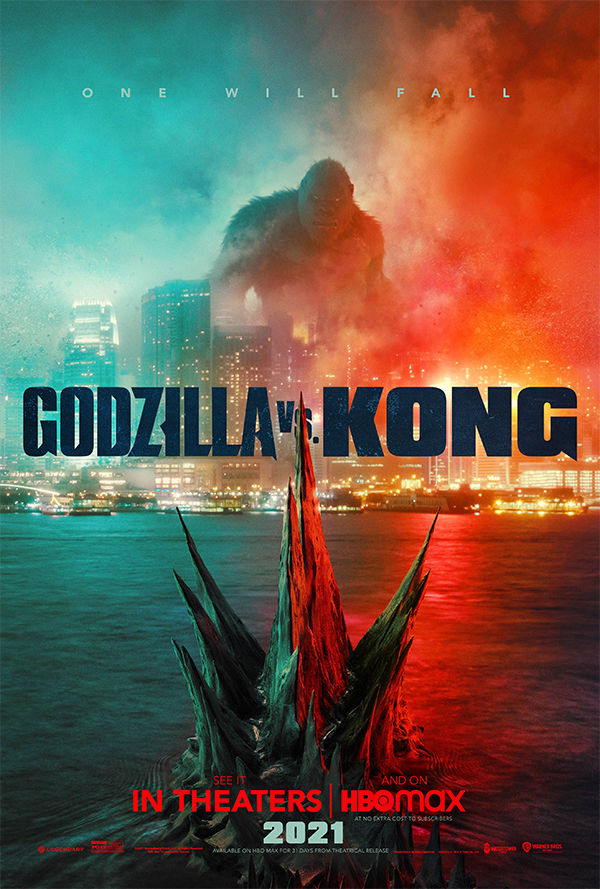 The Godzilla/King Kong cinematic universe has been a heavily active one since the release of 2014’s Godzilla. It is also a series that I haven’t been too impressed by. With the-exception-of 2017’s insanely fun Kong: Skull Island, the films have been lacking a crucial element, interesting human characters. It is a similar issue that plagued those Alien vs. Predator films. However, unlike Godzilla vs. Kong, the battles between those monsters were not the least bit fun to watch. Does Godzilla vs. Kong deliver on its’ promise? Yes, without question, the multiple fights between the two goliaths are an awesome spectacle to behold, but very, little interesting happens in the time between rounds.

Godzilla vs. Kong has a plot (I guess). King Kong has been living in a giant enclosure created by humans to keep him hidden from Godzilla. Since they are both alpha creatures, one of them must submit to the other or die. If Godzilla senses Kong’s presence, he will track the giant ape down and pick a fight. Meanwhile, there is this power-hungry businessman (Demián Bichir), who wants the source of Godzilla’s power which is in an undiscovered world within the center of Earth. His plan is to create a weapon that could go up against the giant monsters.

More-or-less, that is the main plot of Godzilla vs. Kong.  There are a couple of scientists (Rebecca Hall and Alexander Skarsgård) who want to protect Kong, a little girl (Kaylee Hottle) who is the only one who can communicate with the ape, a couple of teenagers (Millie Bobby Brown and Julian Dennison) and a conspiracy podcaster (Brian Tyree Henry) that get caught up in the middle of all of this and it’s all quite frankly so very stupid. Director Adam Wingard who has helmed some fantastic horror films like You’re Next and The Guest isn’t as far fetched of a choice as some might think to take on these classic monsters. After all, Michael Dougherty who directed Trick ‘r Treat and Krampus directed Godzilla: King of Monsters. Admittedly, Wingard’s film is far superior. One element in which the most recent film trumps the previous one is in the monster fights. Where King of Monsters action was so chaotic and darkly lit that it was hard to make out what was happening. That isn’t an issue here. The fights in Godzilla vs Kong are truly epic. The initial confrontation on the surface of aircraft carriers in the middle of the ocean which takes place in the daylight is exhilarating, but nothing tops the final battle in the heart of the city, surrounded by the glowing neon lights.

Godzilla vs. Kong doesn’t try very hard to be much more than an expensive popcorn flick, wanting to deliver the epic battles that its’ target audience expects. I am willing to bet many theatrical screenings will result in cheers from the audience in the final moments of the final fight. On that level, the film succeeds. Unfortunately, without a single interesting character for the audience to connect with during the two-hour runtime, we aren’t left with a very good film. If you are in it for the monsters alone, then I recommend getting out (if you are comfortable with it) and checking Godzilla vs. Kong on the biggest screen near you. IMAX would be the way to go.