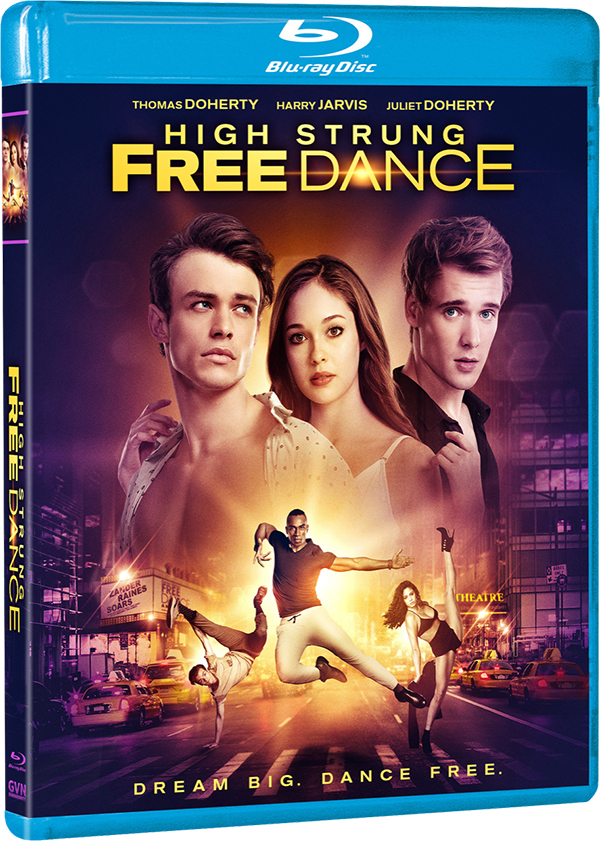 Arriving this week on Blu-ray, DVD and VOD is “High Strung Free Dance”, the sequel to 2016’s “High Strung”. Fortunately, it is not required to have seen the first film to follow the sequel.  There isn’t much that separates this series from that of “Step Up” and “Center Stage”. They all follow a simple template in which a dancer’s dream comes true by getting their big break, while also falling in love in the process. It’s a paint-by-numbers formula that almost always works for dance films because when it comes down to it, all the viewer really cares about is the dancing.

Barlow (Juliet Doherty) wants to make it as a dancer on Broadway and when she gets selected to be a background dancer for a new show called Free Dance, her dreams begin to be realized. However, Barlow isn’t the only one who’s life is being changed. Charlie (Harry Jarvis) who works by day as a bakery delivery boy, catches the attention of the show’s choreographer Zander (Thomas Doherty) and gets hired as the pianist. We are treated to a predictable love triangle between Charlie, Barlow and Zander that plays out exactly how you would expect.

As I mentioned before, the story just doesn’t matter. I can’t say “High Strung Free Dance” is very good and there is a lack of originality. Regardless, the cast is likable and the dancing was enjoyable. If you are a fan of these types of films, you might have a pleasant time watching this one but that is the only recommendation I can give.