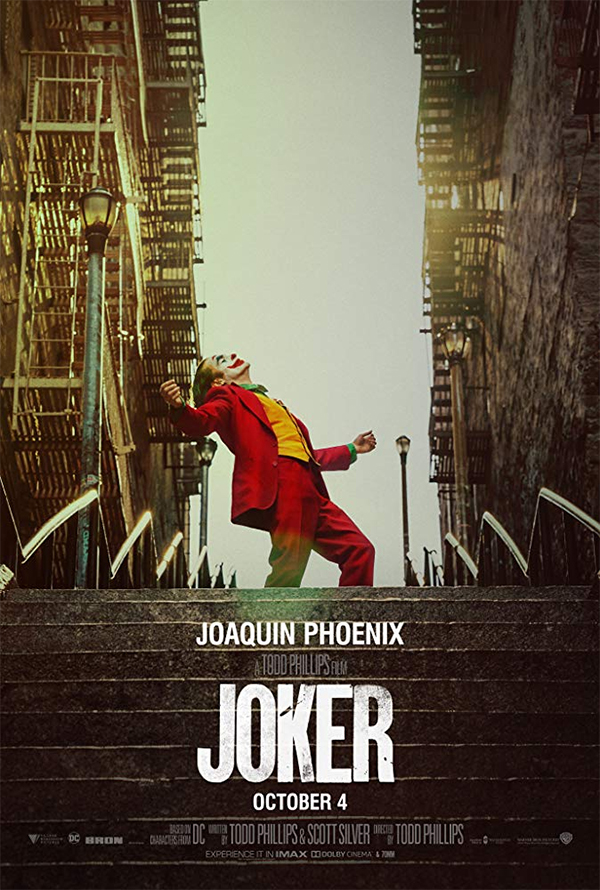 Joaquin Phoenix shines bright as the title character in Todd Phillips surprisingly dull Joker origin story. There have been several different variations of Gotham’s clown prince in the comic books and graphic novels over the decades, but instead of adapting one of them, Philips and co-writer Scott Silver have taken bits and pieces from various sources. The Joker is one of the best comic book villains ever to grace the comic book pages and not just for Batman either. He has always been fascinating and menacing in a way that always felt truly dangerous and scary. When you look back at comic book film adaptations, the actors who have portrayed the Joker have almost always been A-List ones. With the right actor, the Joker can be a truly memorable character. Jack Nicholson and Heath Ledger proved that. Even Jered Leto delivered a unique take that I feel doesn’t get the respect it deserves. Joaquin Phoenix continues the trend by making the Joker his own and absolutely killing it in the role. Unfortunately, the film itself can’t measure up to Phoenix’s award-worthy performance.

Arthur Fleck (Phoenix) has always wanted to be a stand-up comedian. Despite living a sad and tragic life, he always wanted to make people laugh. Arthur spends his days working as a clown, but when he is not at work, he is taking care of his mother (Frances Conroy), whom he shares a small apartment with.  Much like Gotham’s increasing garbage problem (due to a city-wide garbage strike), Arthur’s problems keep getting piled on. His mental health sessions are being taken away due to city budget cuts, which also cost him his much-needed medications, but he also has a neurological condition that causes him to laugh uncontrollably. It doesn’t help that these bursts of laughter seem to come about at the most unfortunate of times.

Anyone going to see “Joker” will already know how things will play out. We all know that Fleck will reach a breaking point that will put him over the edge and turn him into a psychotic killer. The problem with “Joker” isn’t being able to see how things will play out in advance, but that it’s just not that interesting when they do. Phoenix puts everything into his performance and I kind-of want to recommend seeing the film just for him alone. He carries “Joker” the best he can and it’s a truly wonderful bit of acting. He physically transforms into the character like no other actor has done before.

I also love the look of early 1980’s Gotham. The look of the film is stunning, especially in IMAX. There could have been a great movie made from the Joker’s origin, but I feel that Todd Philips was not the right person to tell it. Philips can get dark with some success. I am a fan of 2016’s “War Dogs”, but “Joker” should be a gritty, sad, and emotional psychological crime story dealing with a character’s decent into madness. Unfortunately, the sad and emotional elements just didn’t have much of an impact for me.

As I mentioned before, Phoenix is fantastic, and he alone makes “Joker” worthy of a viewing if you are a fan of the character. However, don’t expect the film to leave a lasting impression.